Today campers had a 7:30 wake up at Blunders Bay and had a breakfast buffet of cereal and bagels. The skippers of the day and their crews all had very successful dedockings! Then positions were assigned and the campers prepared to raise sail. The skipper gave the okay, sails were raised and we were sailing! We were sailing for three hours, with a few snacks underway, to arrive at Trellis Bay on Tortola. Campers were greeted with beautiful views of shallow reefs and green cliff sides.

At Trellis, campers were ready to jump in the water to cool off after their sail. There was plenty of great snorkeling to be had and even an underwater litter clean up!  There was then some time to go ashore and shop at a small market and a local art studio. After returning to their home boats, looking at more wildlife and some cannonball contests, the campers cleaned up and got ready for a sushi dinner ashore. There was tasty food, sodas and even some karaoke. Campers after their dinner returned to boats to reflect on their awesome day at boat meeting and then were off to bed to rest up for day eleven! 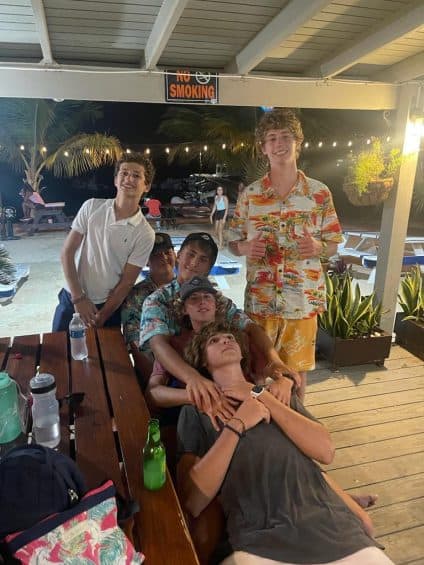 Starting the day with Nutella pancakes and a snorkel around Trellis bay we enjoyed the cool morning breeze. Getting off to an early start on our pre-departure checks, we dropped the ball, setting our sights on Little Harbor, Peter Island. After a quick water refill stop at Hodges Creek Marina and a delicious lunch of grilled cheese, we were finally ready to do a challenging med-anchor at Little Harbor. Next, we did a fun snorkel where we saw all sorts of reef fish and even a turtle! After our refreshing snorkel, our ASA students embarked on the Colgates for their ASA 101 practicals, practicing man overboard maneuvers with a fender. The rest of us enjoyed watersports rotations! With everyone back on our boats, we showered, ate dinner, hung out, and watched the stars as we went to sleep! Little harbor is a gorgeous spot and we had a blast enjoying all of the gorgeous wildlife it has to offer!

After a stormy night, we awoke to a clear day at Little Harbor on Peter Island around 7:30. After a breakfast buffet of bagels, cereal, eggs, and toast, students enjoyed a morning swim or snorkel and divers got ready to board the dive boat for the morning. Around 9:30, the fleet tossed their stern lines (we were med-anchored) and up-anchored to head out on an upwind sail towards Long Bay (Beef Island). Those delivering the Colgates also headed out.

The sail was enjoyable with around 15 knot winds and some occasional clouds, with squalls visible in the distance but never creeping too close. Students got more tacking practice and time at the helm. After becoming familiarized with the geography of the BVI, they were keen to show off their navigation skills pointing out the different islands we’ve visited over the program.

Around lunchtime, we anchored again at Long Bay and got started on sandwiches of various combinations to fuel up before the SC Olympics and to use up the last of our provisioning before the end of program. At 2:30, boats headed to shore to get started with the events for the afternoon. Events included Dizzy Fender relay (while wearing full mask/fins/snorkel), synchronized swimming routines, Tug of War, and Staff Sand Art. After the events concluded, students had opportunities to go on the Colgates, Hobie Cats, tubing, paddle boarding, and hanging out on the beach.

The afternoon was concluded with a cookout. Burgers, hotdogs, watermelon and chips were enjoyed by all before heading back to boats for showers and boat meeting.

We are excited to visit The Baths on Virgin Gorda tomorrow, early in the morning, before returning to our marina.