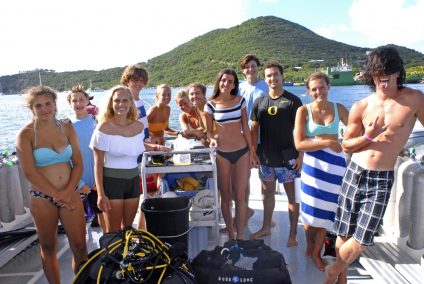 Sail Caribbean is pleased to introduce Armando Jenik, a renowned underwater photographer, who brings his camera and photographic expertise on many of our diving expeditions. We’re excited to have Armando’s talents aboard many of our diving expeditions this summer.  Armando was with our Bravo 2, Foxtrot 2, Charlie 2 and Sierra 2 divers while they were diving last week!

You can view his photography on his commercial website. (Find photo albums starting with “BRAVO 2, FOXTROT 2, CHARLIE 2,  SIERRA 2, 7/26/17, DIVING THE VISIBLES, DOLPHIN ROCK” under the Sail Caribbean 2017 icon.) You may also enjoy his portfolio of underwater photography on his main promotional website.