Our divers set out for another adventure and the rest of the group went for a morning hike on Norman Island. The hike led to a helipad with stunning views all around. The helipad was the perfect spot to play a few team-building games including, Where the Wind Blows, Oh Captain My Captain and a giant rock-paper-scissors battle. The energy level was high and the fleet continued to create memories together. After the hike, the group spent a bit more time on the beach before heading back to the boats.

The trip from Norman to Cooper Island was sunny and chill. A small group of our students made their way over to Cooper in a Colgate, which was super fun! The Colgate is a daysailer sailboat that allows students to get a better feel for sailing. The boats are smaller and heel over close to the water, making for an exciting ride.

The big boats picked up a mooring ball near Cooper Island Beach Club and spent the rest of the late afternoon swimming and hanging out. Around 6 pm dinner was served with boat meetings to follow. It was an earlier night since the divers had a big day and the next morning was going to be filled with watersports and more diving. 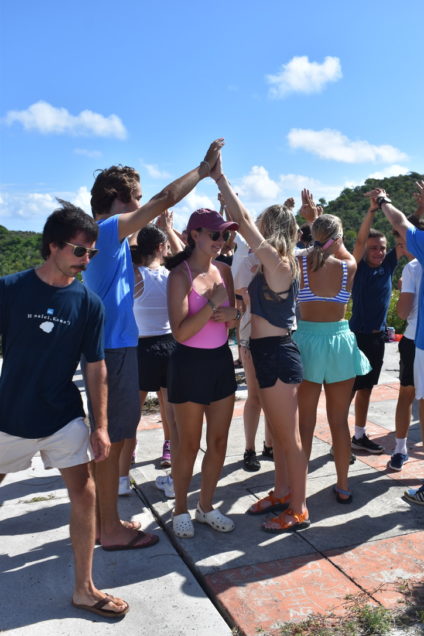 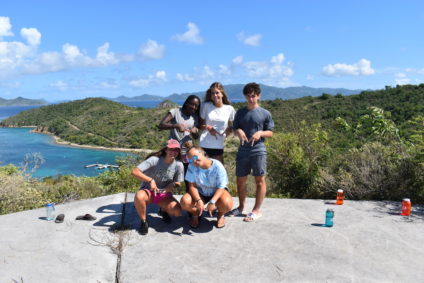 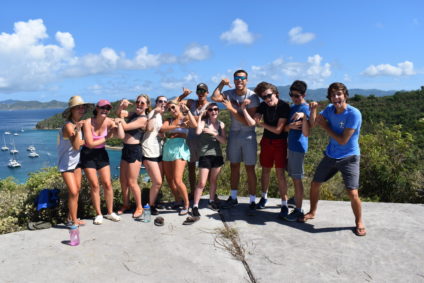 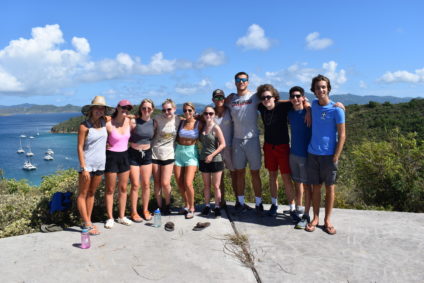 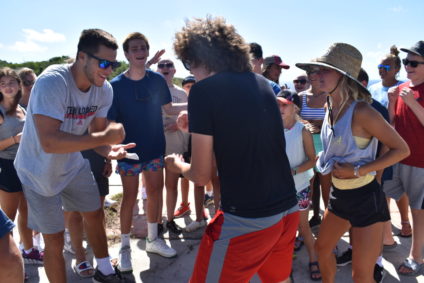 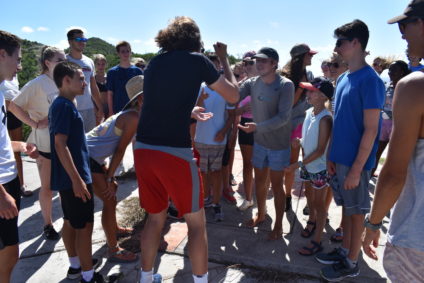 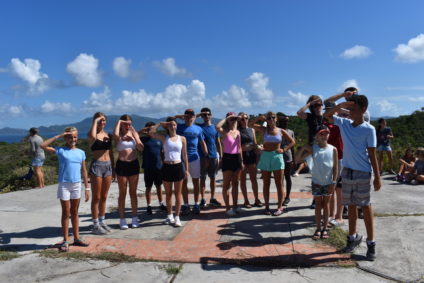 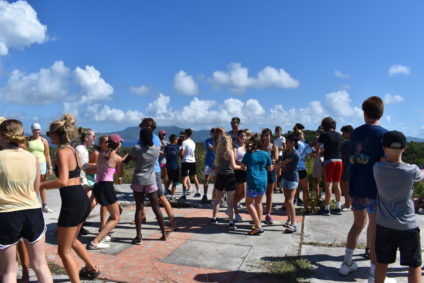 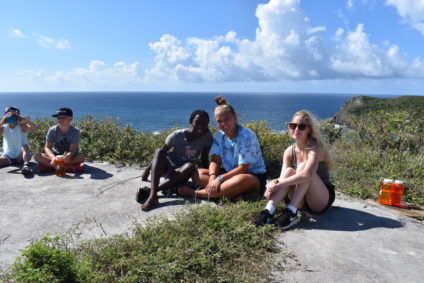 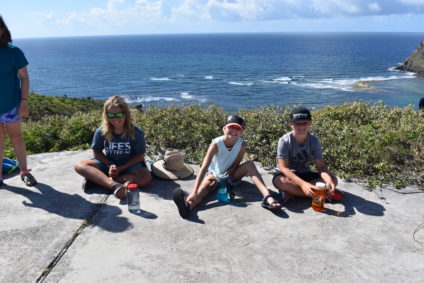 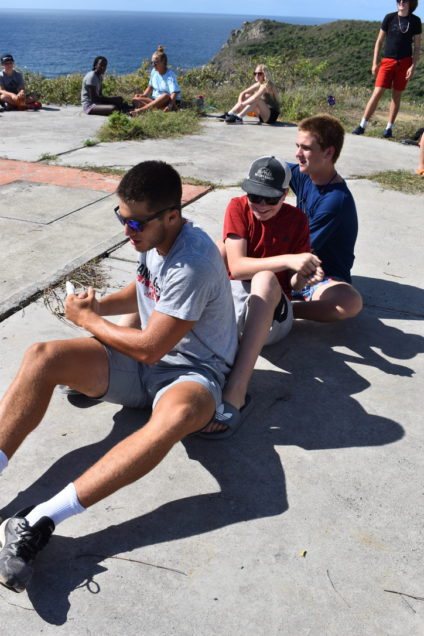 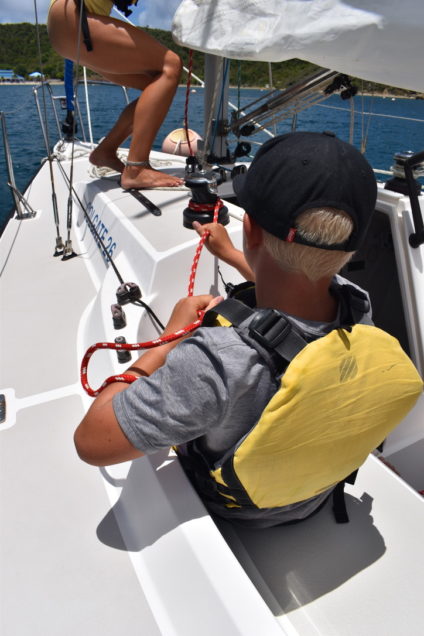 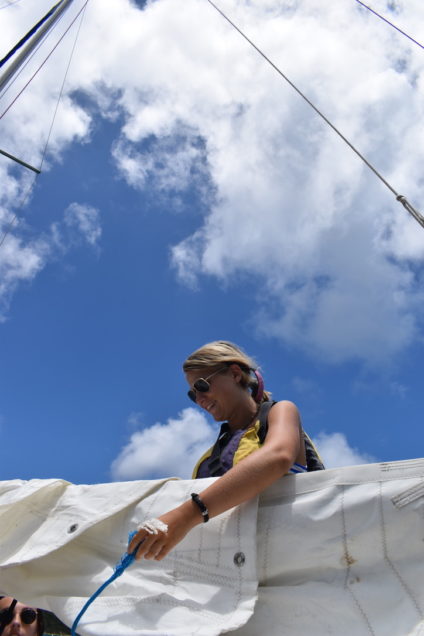 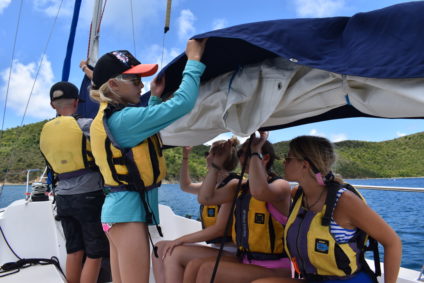 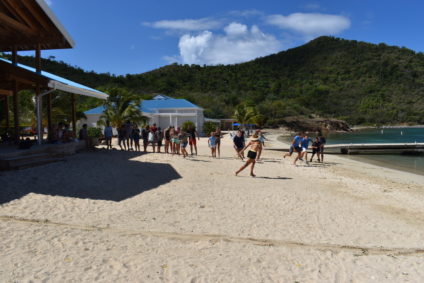 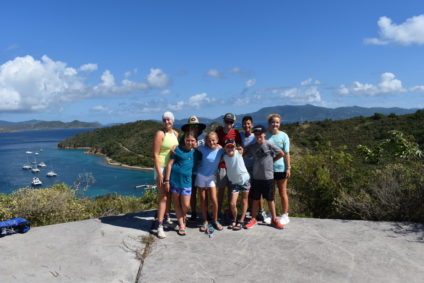 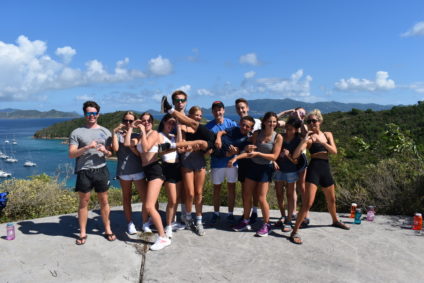 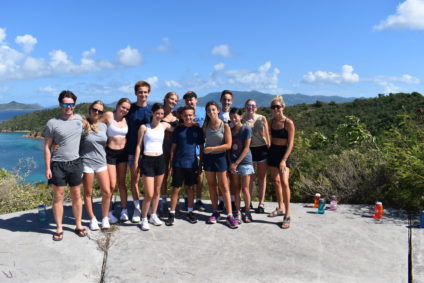 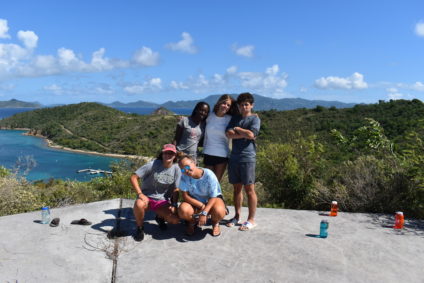