It was a voluntary early morning  for any of our sailors who wanted another shot at conquering the hot dog tube! Our fleet captain, Adam Grant, woke up bright and early to make sure all who wanted their time on the dog got it.

All water-sported out, students returned to their boats just in time for breakfast to fuel them up. With tummy’s full and students ready to tackle the day ahead, it was time for to say goodbye to some of our divers and jump into some lessons for those remaining onboard.

Foxtrot and Sierra students headed over to one of our marine science vessels, Hulk, to sit in on a turtle & seagrass lesson. They learned about the common species of turtles found in the BVI. Those include, green sea turtle, hawksbill, leatherbacks,  and loggerheads. Student’s learned about the functionality and importance of sea-grass to these turtle species and why vacation charter heads should avoid disrupting sea-grass beds when anchoring. What intrigued students the most about their turtle talk was the fact that very little research has been able to be collected about turtles lives from when they hatch and make their first waddles to the big blue until the age of 5, also known as the lost years.

While our scientists were engaged in turtle talk our Delta, Bravo and Charlie crews raised their anchors and headed to Scrub Island for a quick top off of water before raising their sails and circumnavigating Scrub, Little and Big Camanoe island,  and Guana to make their way to White Bay, Guana Island.

White Bay Beach has been voted one of the top beaches in the BVI for countless years! It’s home of a half mile long, pristine white sand beach that offers a jaw-dropping sunset view. White Bay is also one of a few locations in the BVI that is a designated marine protection area. A marine protected area (MPA) is a section of the ocean where a government has placed limits on human activity. Many MPAs allow people to use the area in ways that do not damage the environment.

When the turtle lesson finished, our Sierra and Foxtrot crews followed suit behind our Charlie, Delta, and Bravo boats to circumnavigate those cluster of islands before finally arriving at White Bay. A few vacationers on charter had beaten us to the punch so a few boats (Lili, Sara, and our staff boat) weren’t able to pick-up mooring balls at White Bay, but rather anchored at Mountain point, just next door but still within eyesight of White Bay and the remainder of our fleet.

With everyone secured for the evening, it was time to run re-provisioning out to boats. Fridges, pantries, and cabinets were all re-stocked and over-flowing with food items. While food was being ferried to boats, our divers returned to us just in time for some more water-sporting activities. The circle tub was cracked out and the wake-board and waterskis’s dusted off as students  hopped into the ribs for another fun-filled afternoon.

Once the food ferries had ceased and water-sporters had tired themselves out, it was time for showers, dinner prep, and dinner. Kids whipped up some delicious stir-fry for their crew-mates! As dinner was finished, it was time for boat clean and boat meeting before powering down for the evening. 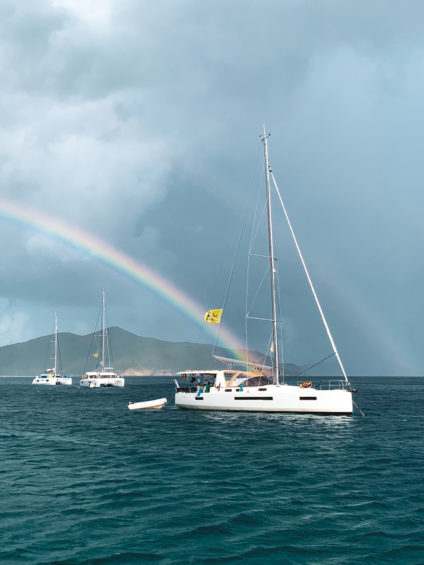 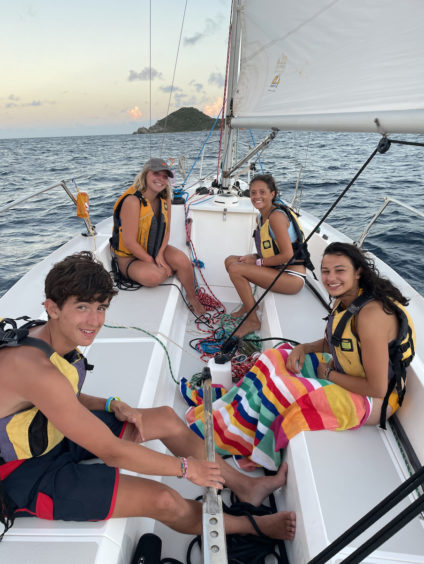 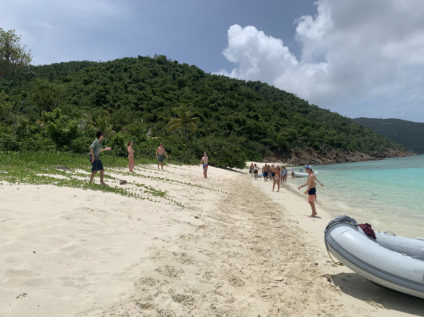 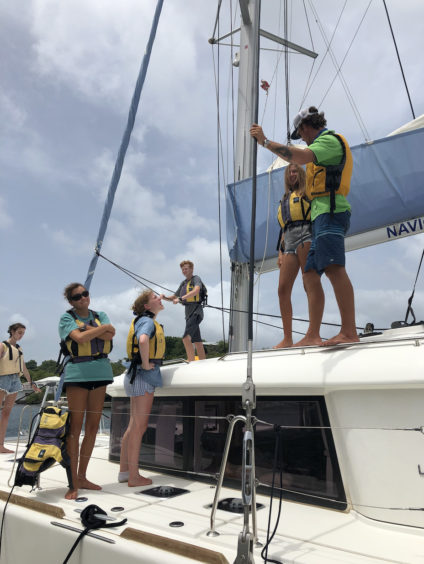 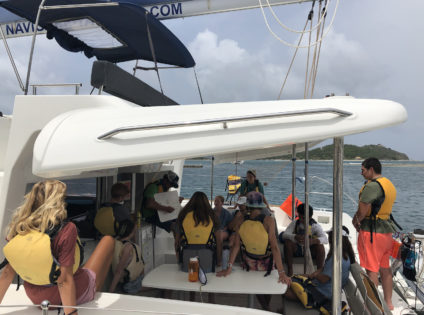 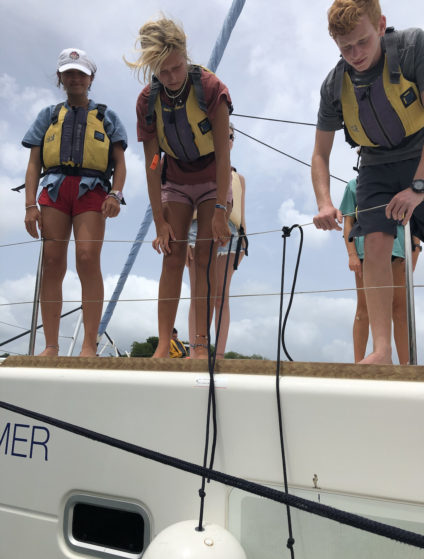 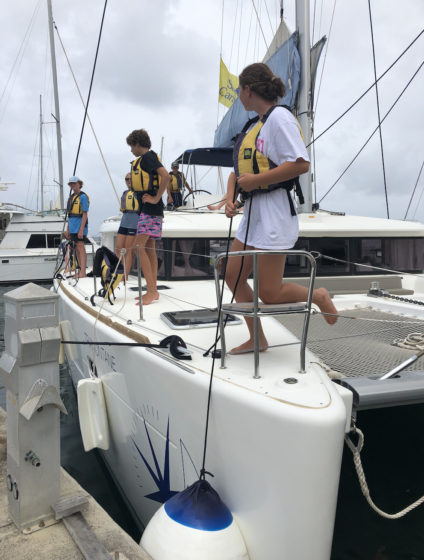 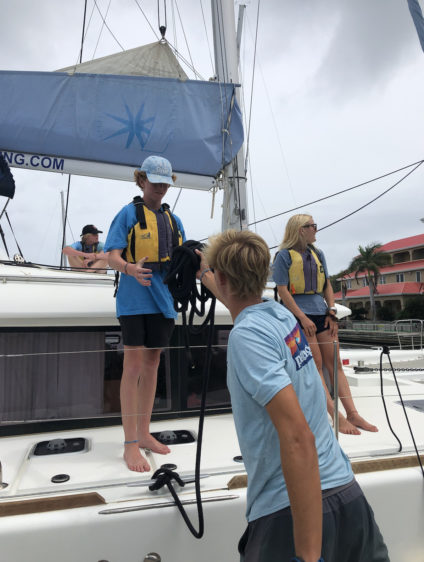