Our first morning on the water and we couldn’t have asked for a better morning. Beautiful sunshine, some good wind for our sails, and the best part… BREAKFAST! Today’s breakfast prep teams put their skills to the test as they crafted some toad-in-the-hole slices for their crews.

Once bellies were filled and fueled for the day, it was time for us to do our pre-departure checks. An important step for getting our boats up and ready to sail. Crews checked their hatches were sealed, clothes were off the lines, and any breakables were stowed. But, before we could leave Benures, a mooring ball dropping lesson was administered to students. With ease, one-by-one the mega fleet unteathered from their mooring lines and motored out to the channel to review their sail raising knowledge and put it to the test once again.

While under sail, students learned about tacking (a sailing maneuver in which the vessel, whose desired course is into the wind, turns its bow toward and through the wind so that the direction from which the wind blows changes from one side of the boat to the other, allowing progress in the desired direction) and points-of-sail. Points-of-Sail refers to a vessel’s direction of travel in relation to the wind. It’s a must know for all sailors!

After a breezy sail upwind, practicing our tacking maneuvers throughout the Sir Francis Drake Channel, it was time for our Foxtrot, Charlie, Bravo, and Sierra programs to furl our jibs and drop sails as we were coming up on Marina Cay. The Delta program continued sailing on upwind as they circumnavigated Scrub and the Camanoe islands.

When the Foxtrot, Charlie, Bravo and Sierra boats were securely on a mooring ball, it was time to grab some lunch. The lunch prep-teams made a mouthwatering dish of chicken salad sandwiches. The Delta crews made lunch while underway as they were just about finished completing their circumnavigation of the islands.

Following lunch, our Sierra and Foxtrot crews suited up for their first community service assignment for Project Reef. Their mission? Evaluate the reef population, fish species, coral species, and more to report back to the Project Reef database. While our snorkelers were off investigating, the Charlie and Bravo programs enjoyed their own leisure snorkels as well. Meanwhile, the Delta boats had joined back up, finished their lunch and were now engaged in a heated cannon ball competition! A sneak attack water fight also erupted once our Charlie and Bravo students returned from their snorkels.

With energies dwindling and sunlight fading it was time to return to boats for showers and dinner. On the menu today, loaded nachos! Bellies now full and eyelids beginning to droop it was time for boat clean. As the crew, students are responsible for keeping their vessels in tip-top shape, since a clean boat is a happy boat. And a happy boat makes for a happy captain!

Once the decks sparkled like new and all the silverware was put away, it was time for evening boat meeting followed by a swift powerdown for the evening. 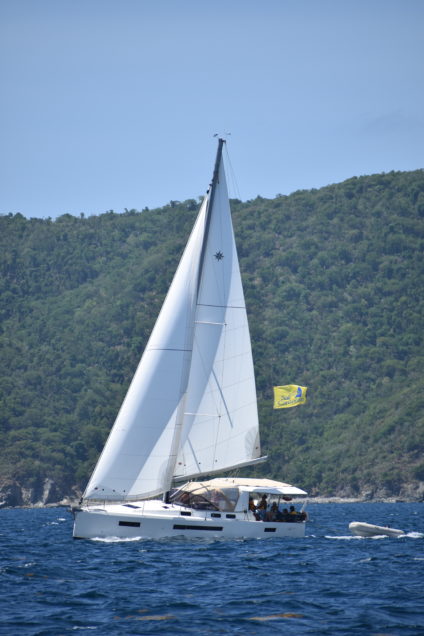 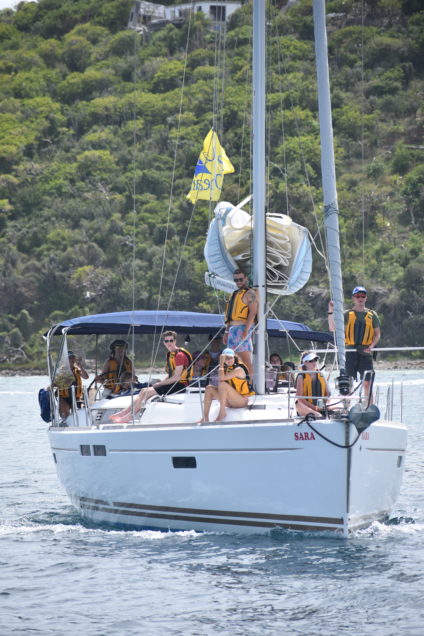 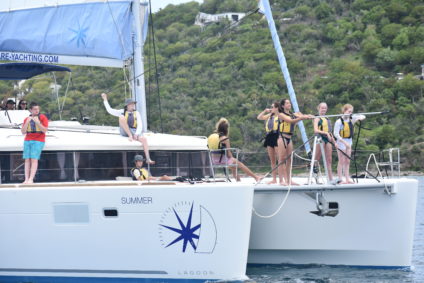 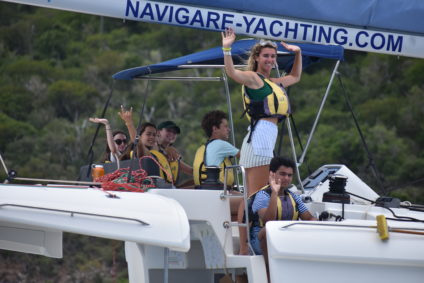 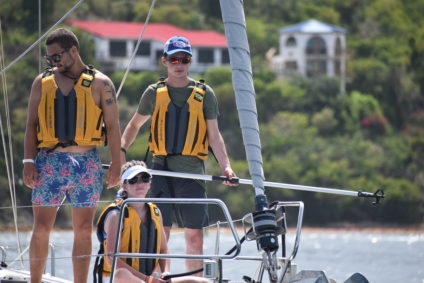 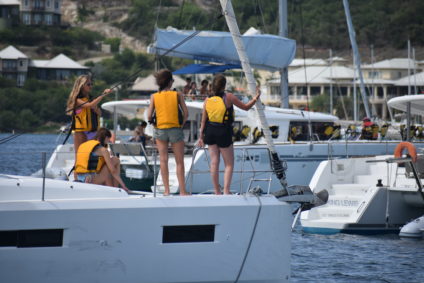