We started the day off with a breakfast buffet and the yummiest scrambled eggs you’ve ever had! Divers got ready to go diving at the Willy-T ship wreck and the Black Forest for some amazing marine wildlife. Many divers saw sharks, octopi, and many amazing reef fish. The Willy T was originally sunk as a new dive site back in 2019, so for some of our returning divers it was very exciting to see how much growth had occurred since they last dove the shipwreck, newly sunken at the time back in 2019! When the wreck was originally sunk nothing was on it but now come two years later.

Non-divers had their anchoring skills put to the test as they upped their anchoring knowledge to med-anchoring at Little Harbour, Peter Island. Once their anchors were successfully set, and med-anchors in place a quick snorkeling around the bay took place before we split into afternoon activities. Little Harbour was full of sea grass, which usually always means sea turtles are never too far! Divers came back and we enjoyed some tasty tacos for lunch.

After lunch Sierra and Foxtrot raked in some more community service hours and went turtling and enjoyed learning from a turtle expert about her research and work in the BVI with The Association of Reef Keepers (ARK). Many turtles were seen but none were caught for tagging this go-around. Everyone else took a quick break from their sea-legs and hiked up Peter island to an abandoned hotel; looking down on the beautiful fleet.

With evening quickly upon us, it was back to boats before no time, showers, boat meeting, and bedtime. 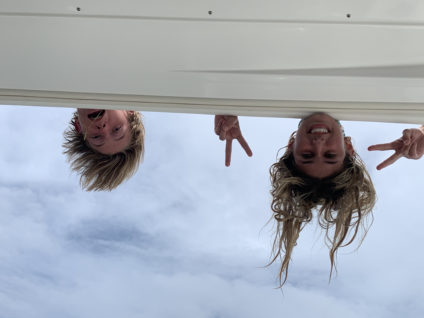 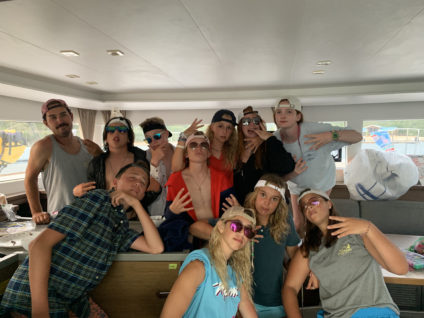 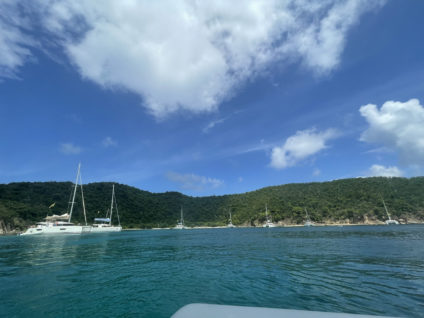 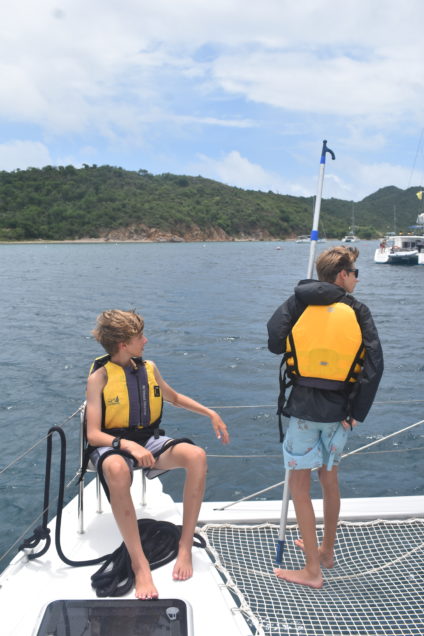 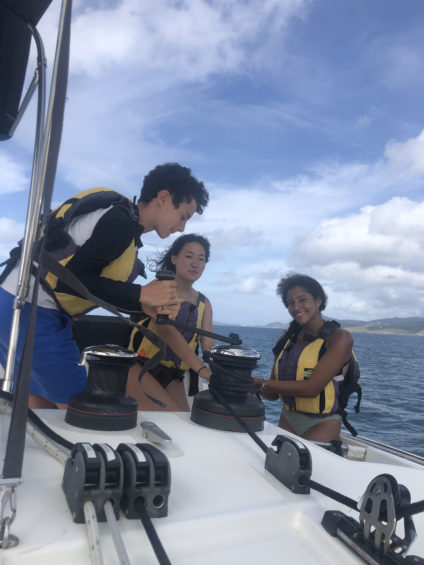 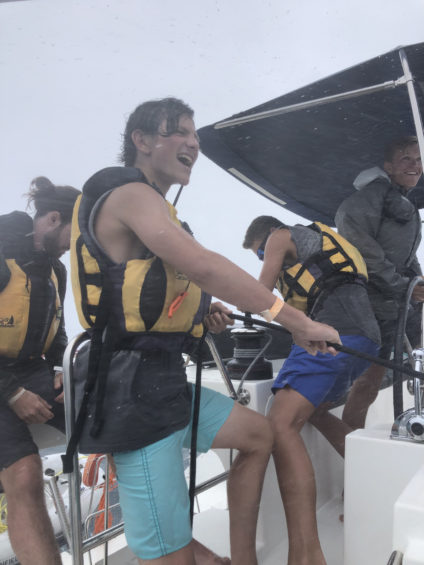