It was a quiet morning as our staff woke up before sunrise to anchor and motor from Long Bay to the Baths so the Olympians could get more sleep for the day ahead. During the motor over, students emerged out of their cabins to join their staff and watch the sunrise on their last full day of program. The Baths are the most visited tourist sight in the BVI. Located on Virgin Gorda, the baths are a stunningly unique example of tectonic plate movements.

When all 8 boats were moored at the  Baths. The smell Cinnamon pancakes, eggs, and bacon wafted over the mooring field as crews sat together for their final breakfast. Once the last drop of syrup was lapped from plates, it was time to head ashore and explore the baths. Weaving our way through the rocks students stopped at the picturesque “Cathedral” portion of the hike. The Cathedral is perhaps the most famous section of the Baths as many popular magazines have held photo shoots in the location. Following the hike students were able to snorkel their way back to the beginning and also had the opportunity to take the leap of faith and jump off “jump rock”.

Before we knew it, it was back to boats and time for our final sail to Nanny Cay Marina. Students raised their main sail and unfurled their jibs like they’d been sailing for years. It’s always a proud moment for staff to see the growth in sailing from day one until the final sail.

Once boats reached Nanny, one-by-one the vessels were docked and the deep clean began. Music was playing, water was spraying, and the boats were shinning like new again. As boats passed their cleaning inspections, they were released for some shore time which included the much anticipated shop time.  Following shop time, students had some phone time to check in with family but also to fill out their St Thomas entry portals.

After portals were submitted and mom and dad called, students had a nice fresh water shower, and then dinner was upon us. A delicious spread of ribs, Mac & Cheese, and steamed veggies filled out bellies.

Skits and awards were also held. We celebrated our newly certified Open Water Divers, Advanced Open Water Divers, and our newest Rescue Diver! Boat meeting looked a little different this evening as students took their crew, bosun, or mate exams to test their knowledge on what they learned this summer. In addition to the exams, students also had time to write one another letters to be read on the flights home. With the blink of an eye, it was time for bed. Students said their goodnights and played in their cabins or hammocks for their final sleep onboard. 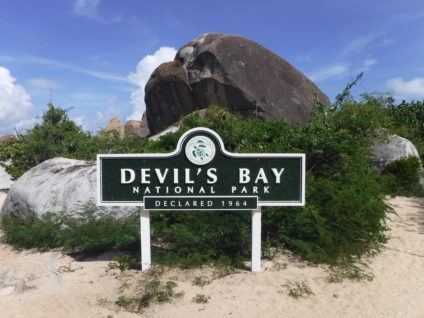 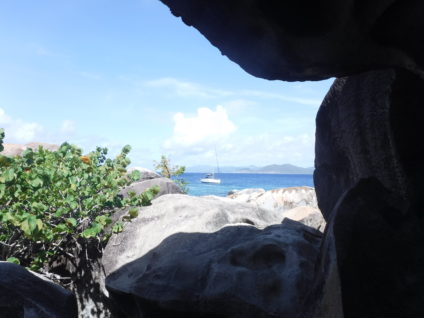 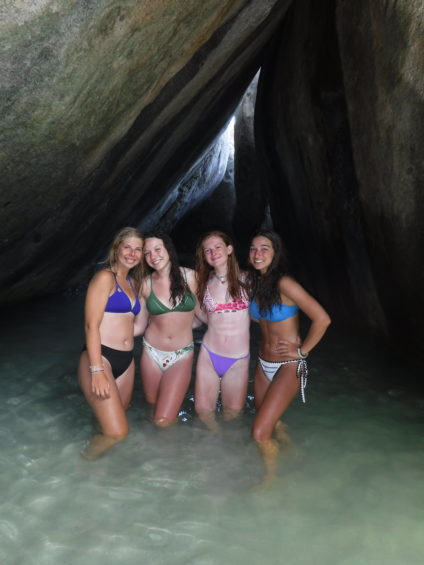 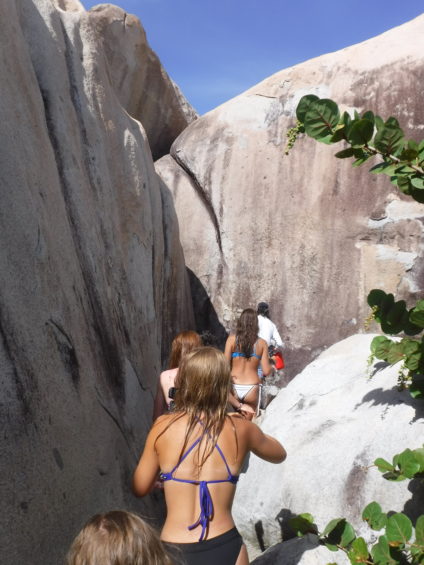 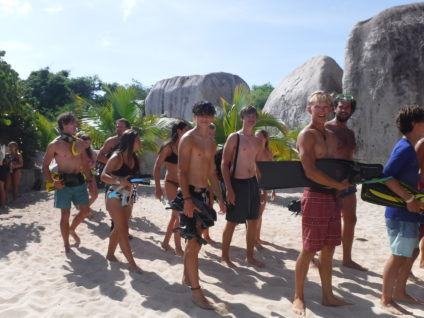 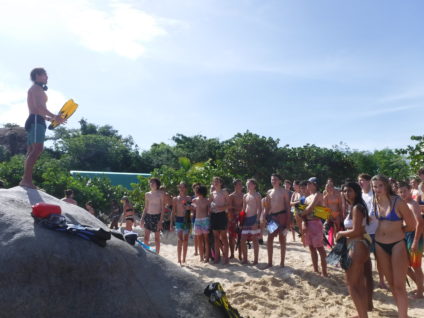 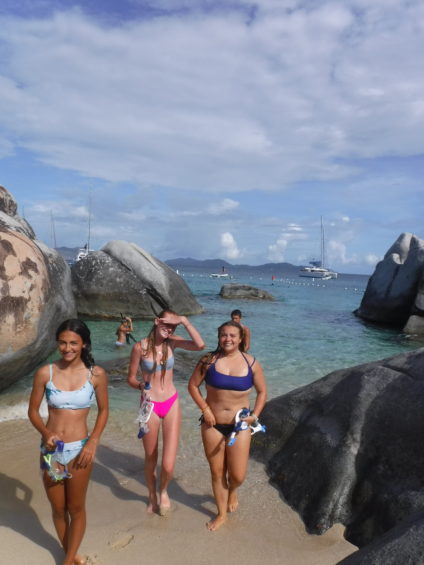 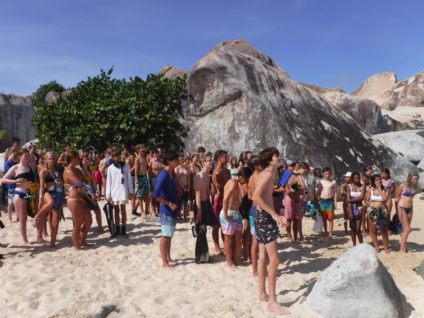 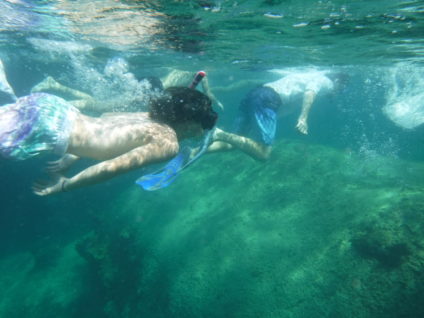 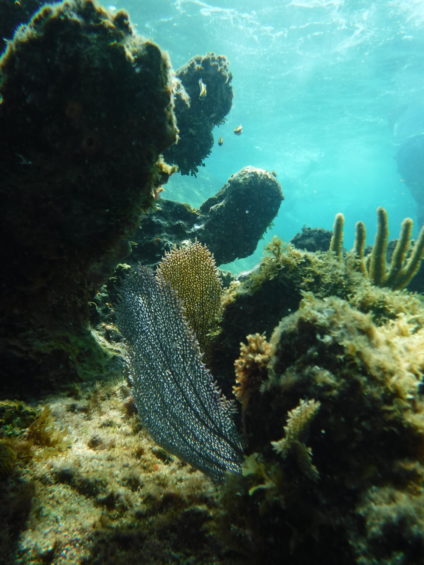 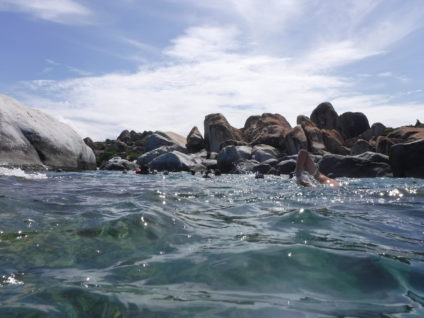 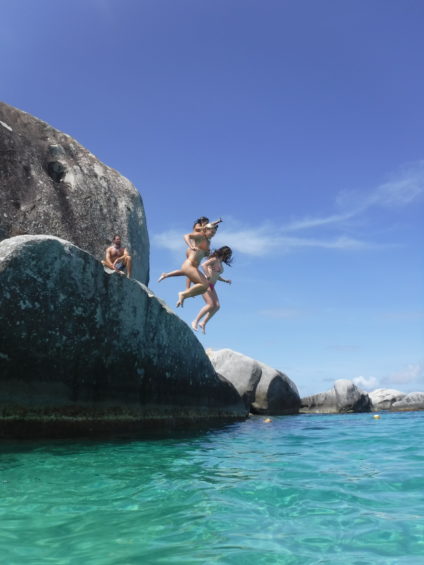 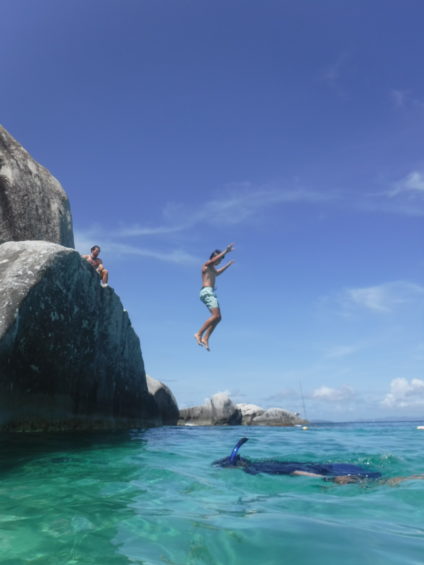 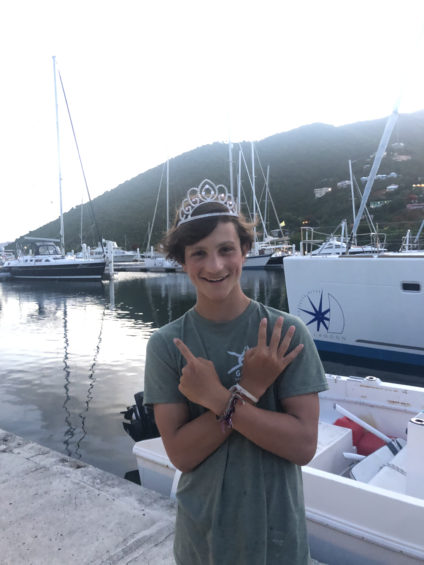