An early morning for the staff as they dropped the ball during sunrise from Great Harbour for a quick motor over to dock at Village Cay. The closer vessels reached to Village Cay, the more students popped out from below deck with sleepy eyes but eagerness to forge the day ahead.

Another buffet of oatmeal, bagels and cream cheese, cereal, eggs , and yogurt to fuel campers energies. Breakfast was had underway. As crews were finishing their meals, the vessels arrived in the channel for Village Cay and the docking began. One by one, boats and their crews tossed lines to dockhands, fended they boats from the docks themselves and successfully docked their vessels. Once on the dock, breakfast clean began as did a nice boat clean to wait for the other boats to finish docking.

Today also marked Day 4 of quarantine which meant.. the last COVID test. The first boats to dock were the first crews to get shuttled to Peebles hospital for their COVID test and return. Once back to Village Cay, groups continued their boat deep cleans using fresh water to hose down the decks and give their homes a good scrubbing! Eight different genres of music were radiating as the cleaning was underway. Deck brushes made excellent microphones when just the right track came around the playlist! Lunch was served in the midst of many lip-syncing solos.

When the final group returned from testing and boats glistened like new, the de-dockings commenced and our eight boats were once again back out to see and heading for the north sound to Leverick Bay. During the long sail, crews threw in many tacks as they headed up-wind to the world-renowned North Sound of the BVIs located on Virgin Gorda. After about 3-4 hours of some fantastic sailing, crews dropped their sails and motored towards the red roofs of Leverick Bay!

Once moorings were secured a well deserved splash in the sea was had by many crews to celebrate their long sail. Following some cannonballs and silly salmon jumps, it was time for dinner prep and showers. Build-your-own burritos makes for the perfect dinner after a long day of sailing! 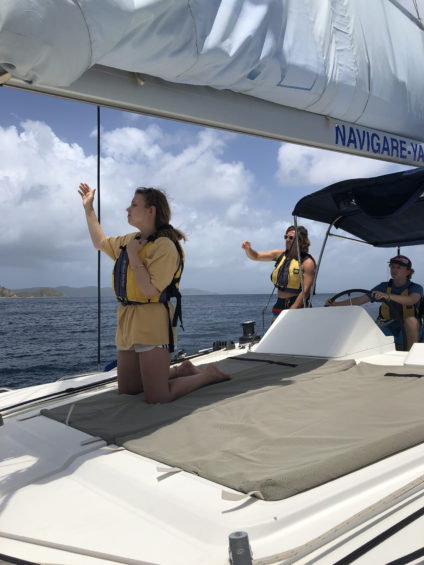 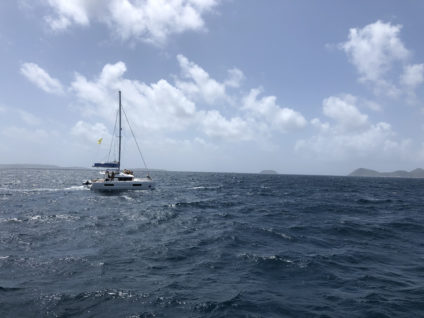 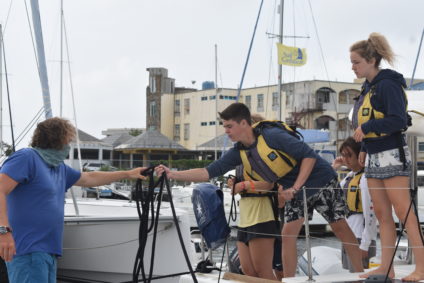 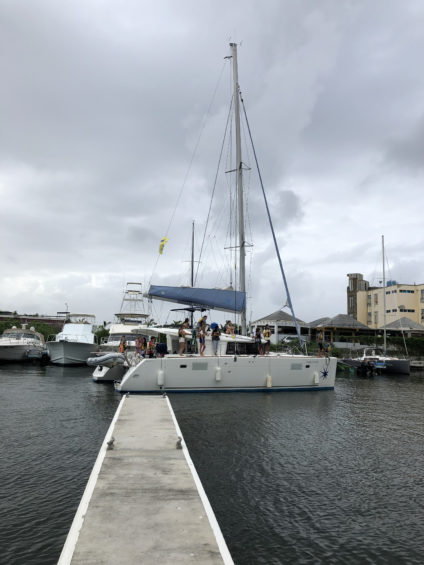 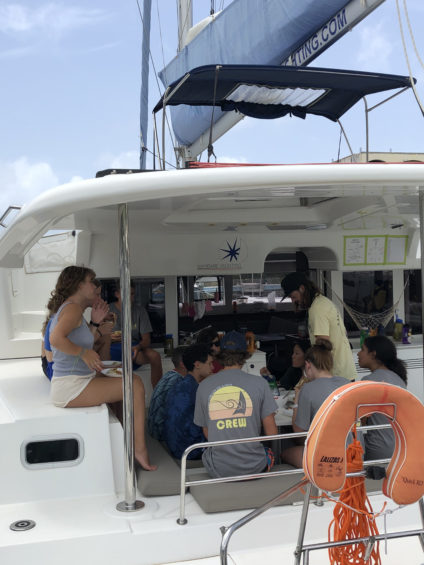 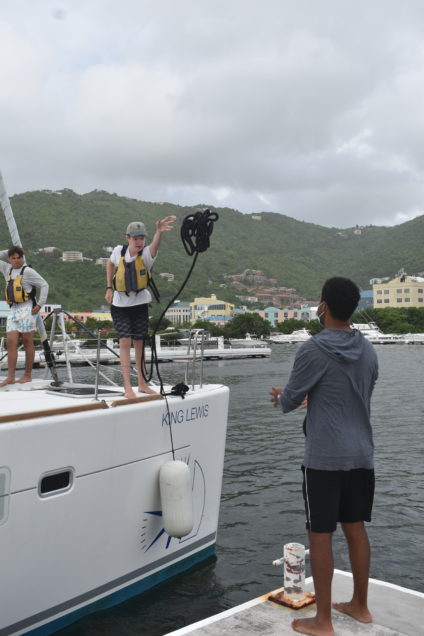