An easy morning for everyone, as we awoke to the our alarms, even though the island goats did their best to beat out the clock. Like clockwork, we all sat for breakfast and enjoyed each other’s company as we all took a moment to admire the Cooper’s unique location and beauty.

Following breakfast, students headed to their Buddy Boats, for late morning socialization and turtle spotting. Due to a malfunction with our rib’s engine no water-sporting occurred, so instead   Some students went for a snorkel, hung out and enjoyed each others company onboard, and others others fancied lounging on the newly purchased floats!

With the morning slipping from our grasp, it was time to de-moor and head to our next location: Trellis Bay, Beef Island. For the upwind sail, many crews were challenged by their staff to raise the sails without any staff assistance. Students were put to the test to troubleshoot mainsail’s caught on lazy jacks all under the watchful eyes of their staff but no intervention was needed. Our crews were sailing on their own! Many staff were raving about their crews’ teamwork but more-so about their improvement in sailing since they first day on program.

Seemingly as quickly as we left Cooper, we arrived at Trellis Bay. Trellis was hit particularly hard during Hurricane Irma in 2017. Even now, remnants of her wake, such as sunken wrecks and ships washed ashore, can still be seen in the mooring field and along the shoreline. The bay has built itself back since 2017 with shops restored and new shops have popped up as well. One particular store that still exists in Trellis is Aragorn’s Studio. Aragorn’s is a well known art gallery and souvenir shop frequented by many BVI tourist. Students were itching for tomorrow to come around as they would be able to browse the shop and purchase some souvenirs to fill the empty spaces in their suitcases!

With sunset upon us, it was time for showers, dinner, and boat clean. With the final morsels of dinner washed off, it was time for boat meeting and perhaps the best part of the day which was cracking open the case of Oreos to celebrate another successful day of sailing gone. 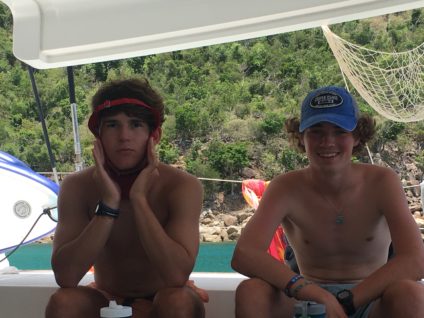 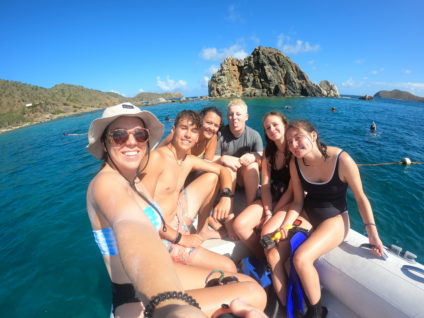 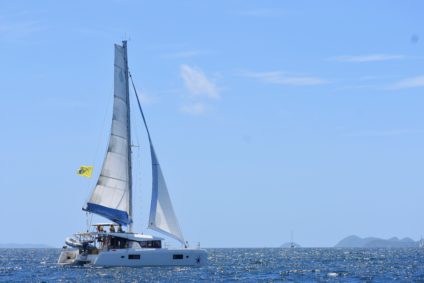 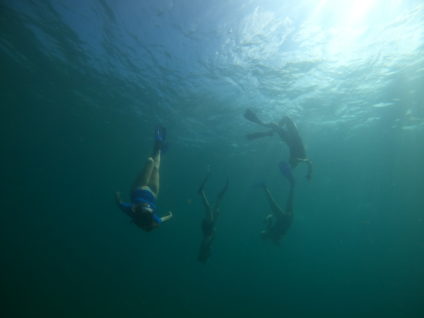