It was yet another early morning staff wake-up as we put the Sunken Island in our rear view mirror and headed back to the main islands. Students awoke and had a breakfast buffet underway, consuming their yogurt, fruit, and bagels while we set our sails for Hodges Creek Marina.

About a 3.5 hour down-wind sail, it we were back to the BVIs’ cluster of islands sailing between the Dogs and Scrub Island, meaning that we were close to our first destination of the day. After dropping sails, our vessels hovered outside the Hodges channel awaiting docking instructions that signified our go-ahead for approach.

Once docked, we parted with our Discover Scuba Divers while we were at Hodges as they boarded the dive boats and embarked on their first dives ever!! Students topped up their respective boats with water and swung by the dive shop before we departed Hodges and headed to our final destination for the day, Dead Man’s Bay.

Dead Man’s Bay is yet another location in the BVI who’s namely influence came from the bearded pirates who roamed these waters long ago. This Bay was named after 15 unlucky souls from the infamous Blackbeard’s crew washed up on shore after having been marooned on the wee Dead Chest Island.

Like pirates did way back when, our students set their anchors in the bay and ensured it was secure for their evenings stay. Once set, our Foxtrot and Sierra students met up on the vessel named Lili to have a lesson on water quality. Over the course of our trip, staff had been taking samples from different locations we’d visited and it was now time to test those water samples and discuss what factors could cause the water’s quality in certain locations to diminish in perspective to other locations.

While our scientists had their axes to the grindstone, our Delta, Charlie, and Bravo students had a relaxing afternoon of wakeboarding, water-skiing, and tubing! The Sierra and Foxtrot crews joined shortly after their water quality testing finished.

As the sun set, showers commenced and dinner was prepped for our Chili Cook-off! A high-stakes competition between all our vessels to see who could produce the best chili, theme, and presentation to 4 judges. The vessels and their themes were as follows:

Judge’s Chambers: Netflix and Chili (with a live-action titanic reenactment)

The results of our competition are still being deliberated by our judges and will be released to our students in the coming days! 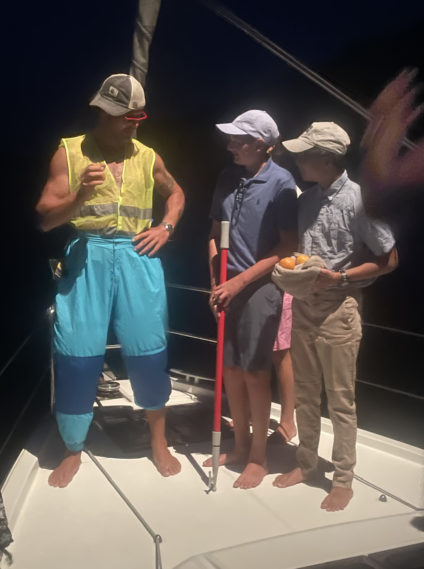 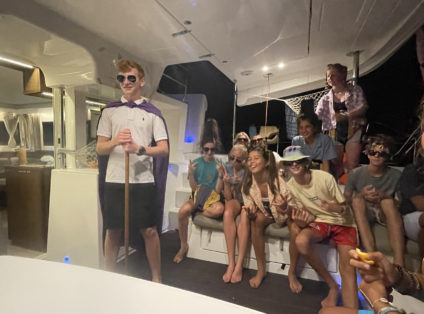 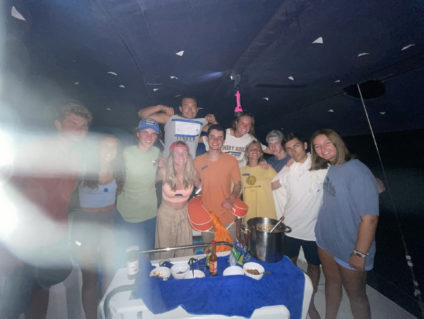 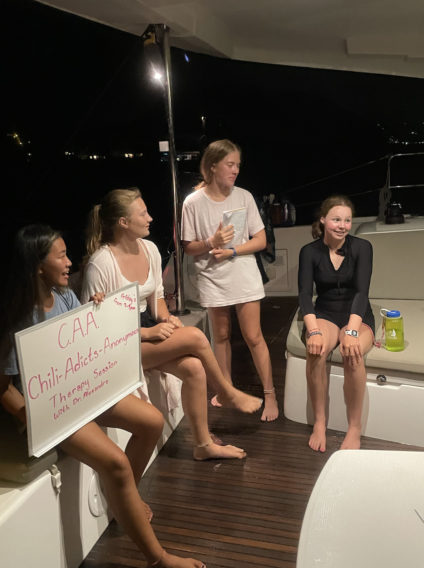 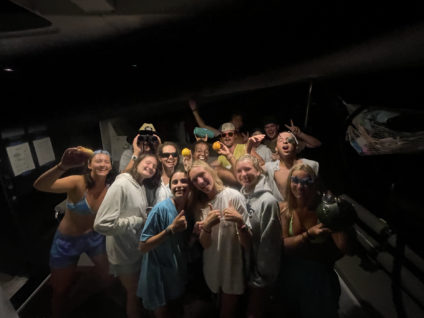 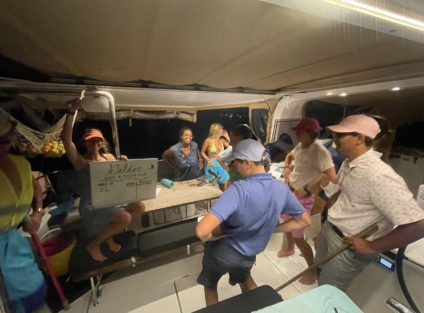