‘Twas a drizzly morning on the mooring balls of White Bay, Guana Island. It had been a rainy night as well, but moral was high as the breakfast crew cooked up some delicious Toad-in-the-holes (fried eggs in toast, as some may describe it). Shortly after breakfast clean, our fleet dropped their moorings and motored out of the bay to rain their sails offshore. We sailed through a brief squall and some stronger winds in order to circumnavigate Guana, Scrub and the Camanoe Islands.

At noon, dropped anchor at Lee Bay on Great Camanoe Island. After secured on our anchors, a yummy spread of quesadillas was served for lunch. The Bravo and Charlie students began water-sports such as tubing and sailing on the Colgate and Hobie Bravos. Following a lesson on reef ecology, the Sierra and Foxtrot students followed suit.

After several hours of fun on the water, the Foxtrot and Sierra fleets did a REEF check to earn some community service hours. With data in hand, students returned to boats and the chefs made a delicious lasagna for our hungry crews. It was a quiet night on board as the rain began to fall once more but not before many students were already fast asleep. 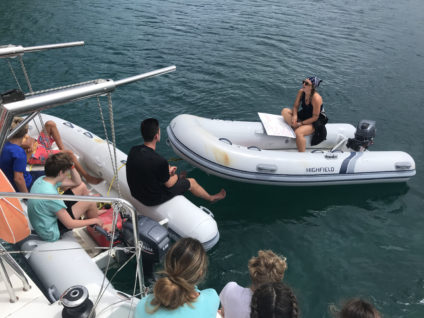 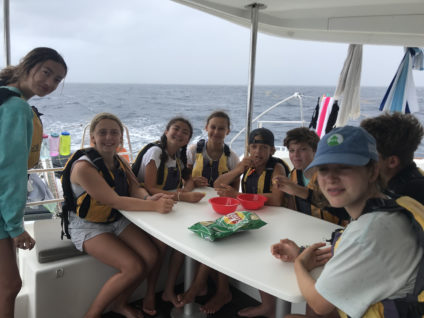 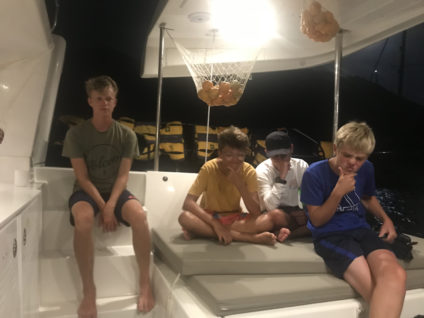