We awoke early this morning just after sunrise to leave Long Bay and motor over to the Baths for a morning adventure.  The crews of Xeres and Rioja ate some eggs and cereal before swimming ashore to explore the world-renowned geological anomaly. Once together, we embarked on our hike, weaving around the massive boulder formations in search of some hidden sea water “baths.”  We emerged on the other side at Devil’s Bay, where most students snorkeled back to our starting point, swimming over colorful coral and diverse reef fish. Once back, we took turns jumping off Jump Rock into crystal clear water. We finally swam back to our boats and got out of the Caribbean water for the last time.

As the morning came to a close, we dropped the ball and raised our sails to head back to Hodges Creek Marina for our last sail. We made a quick pit stop at Fat Hog’s Bay to fuel up the boats and rounded the corner to dock at Hodges Creek. The two crews had phenomenal maneuvering and docked with ease, showing the staff members and themselves just how much they have learned over the past three weeks.

The students then embarked on the arduous task of packing and deep cleaning the boats to leave them the same way as when we first moved on. Once the Bravo/Charlie and Foxtrot/Sierra boats had also joined us at docks, we all enjoyed a final dinner of ribs and mac and cheese before an ending awards ceremony and skits. Each boat received awards, most notably the best tasting chili to Xeres and Olympics to Rioja.  We finally returned to boats and wound down in preparation of a full day of traveling tomorrow. 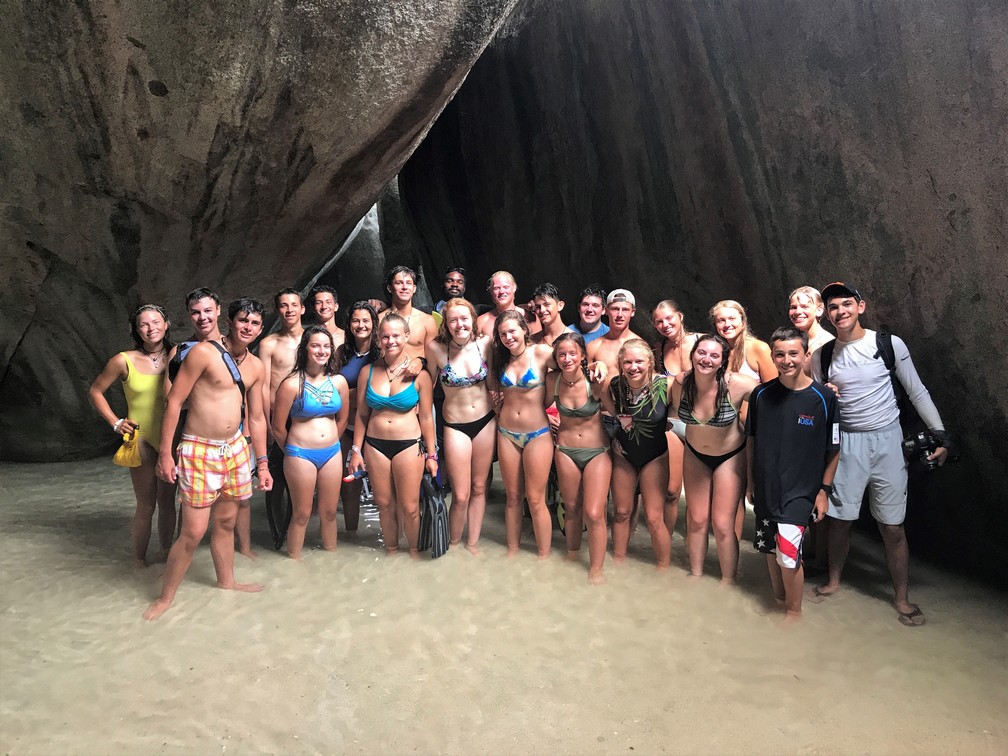