Right as rain, as the sun made its appearance this morning, students heads could be seen popping out of their sleeping bags, hammocks, and hatches as the day ahead was at everyone’s fingertips. Breakfast this morning was a “make-your-own” oatmeal bowl! Some bowls sported mixtures of various fruits like apples, oranges, bananas. While others took a sweeter approach with spoon of brown sugar, vanilla, cinnamon, and even maple syrup!

Swiftly after breakfast dishes were cleaned, it was time to jump back into the big blue for snorkeling round two! During the snorkel, kids performed a Reef Check. A Reef Check is a collection of data on reef health and assess climate change impacts on their reefs. Unfortunately, new sightings at some BVI reefs includes Stoney Coral Tissue Loss Disease (SCTLD); a disease of corals that first appeared off the coast of Florida in 2014. By 2019 it had spread along the Florida Keys and had appeared elsewhere in the Caribbean Sea, the USVI and BVI among them. This disease completely destroys the soft tissue of many species of stony coral, killing them within weeks or months of becoming infected. The causal agent is unknown but is suspected to be a bacterium. The degree of susceptibility of a coral, the symptoms, and the rate of progression of the disease vary between species.

Our own, Sail Caribbean Divers work with many non-profit organizations like BVI ARK and Beyond the Reef to help with efforts for understanding and hopefully one day, controlling and irradiating this devastating disease.

Luckily, no sign if SCLTD was spotted on either of our snorkels at Lee Bay. But… we did have some exciting sightings of more eels, sergeant major fish, and the big find was a spectacularly camouflaged flounder!

While crews rotated their snorkel locations, those on lunch prep put together a brilliantly colorful bowls of pasta salad. Tomato, cucumbers, green & shredded cheese were all the confetti to transform an average pasta salad.. turn into a party pasta salad! When all crew members returned to their home away from home, lunch was quickly consumed and pre-departure checks began. Hatches sealed water tight, breakables stowed away, and life jackets zipped and clipped all before the up-anchoring process began.

Once again, the bay filled with the clink of chainlink raising anchors from the seabed back onboard. Skippers of the day held their vessels steady for the rest of the team members to successfully raise the anchors and motor out of the bay and were on their way to Great Harbour, Peter Island.

Other vacationers could be seen pointing at our eight “little” duckling boats on their way out of the bay and raising their sails almost in unison. Like a flash dance of the sea! Once sails were raised,  engines were turned off and the harnessed power of the wind propelled the boats forward. As Great Harbour is down-wind of Lee Bay, students had their first down-wind sailing while on our programs. Playful rivalries could be seen as boats raced to be the first on the mooring ball at Great Harbour.As boats reached the entrance Great Harbour crews reviewed their knowledge on a mooring ball pick-up. And for only the second time on program, students successfully picked-up their moorings all on the first try!

When securely on the ball, dinner prep and showers began the wind-down of the evening. Today’s dinner wafted scents of teriyaki and soy sauce as the evenings dinner chefs whipped together a teriyaki stir fry for their hungry comrades to eat. Like clockwork, following dinner, vessels were fully cleaned. Floors scrubbed, dishes washed and stored, clothing piles dissipated and returned to their drawers.

Before bed, the evenings boat meetings were conducted and a round of Pirates was played before a much needed power down and rest to prepare for tomorrow… COVID release test day. 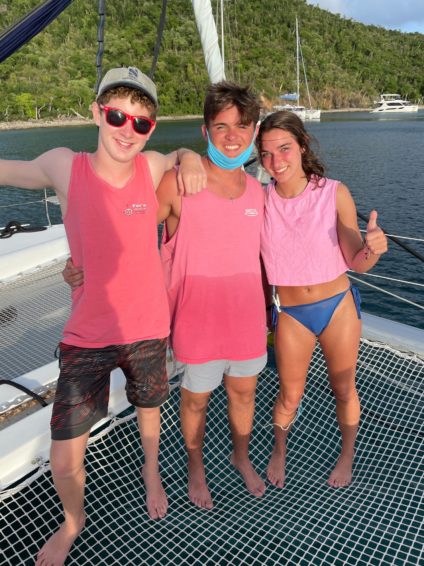 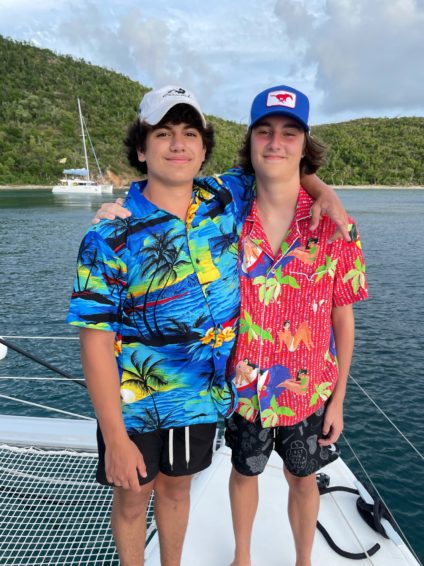 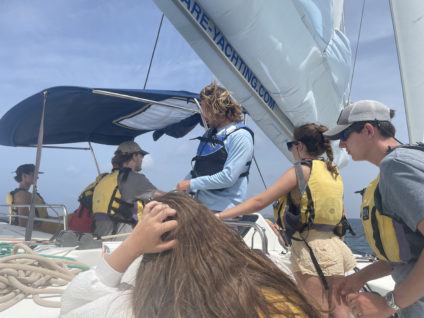 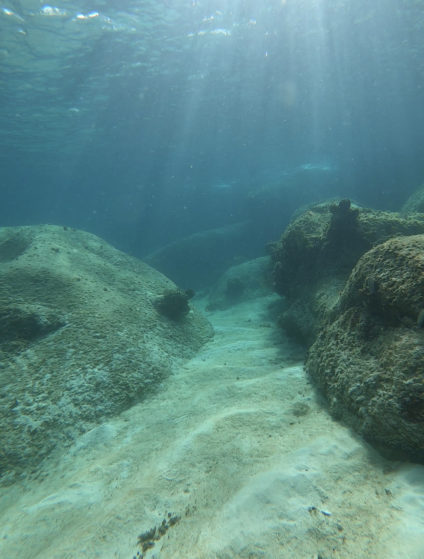 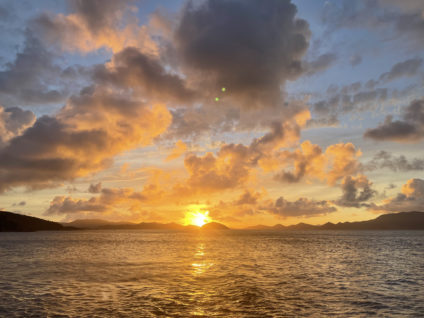 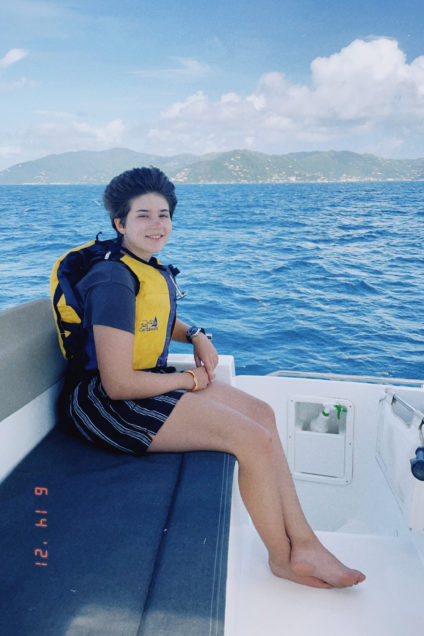 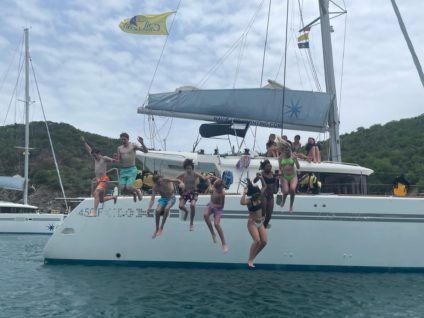 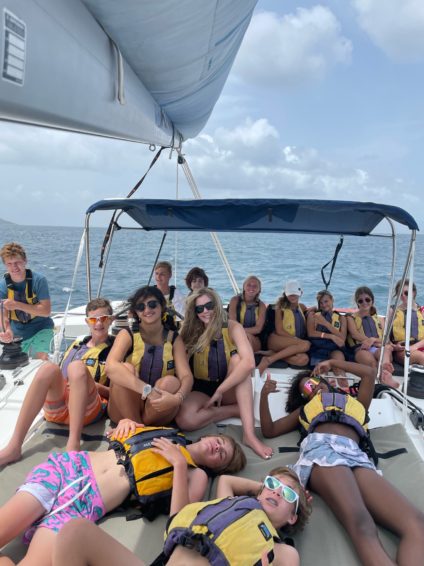