New Year’s Resolution: Give Up Plastic Straws in 2019! 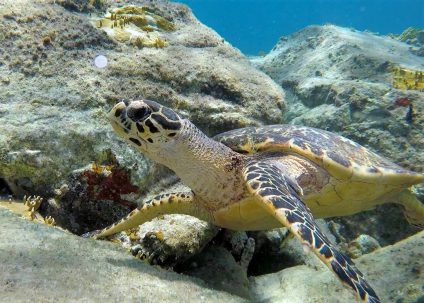 Single-use plastic products have the highest probability of ending up in the environment, whether it be on land or in the oceans. Our students have the privilege of fully immersing themselves in the underwater world, and interacting with countless marine animals, all of which can be negatively affected by pollutants like these plastics entering the water. The mesmerizing sea turtles we see so often while exploring in the British Virgin Islands love to snack on jellyfish. A semi-deteriorated plastic bag can look a lot like a jellyfish to a sea turtle. Every year, when performing necropsies (dissections of deceased animals) on sea turtles, researchers find an alarming amount of plastics in their stomachs. I personally performed a necropsy on a Leatherback sea turtle found in Wellfleet, Massachusetts. It weighed over 800 pounds, and we found two plastic bags in its stomach. 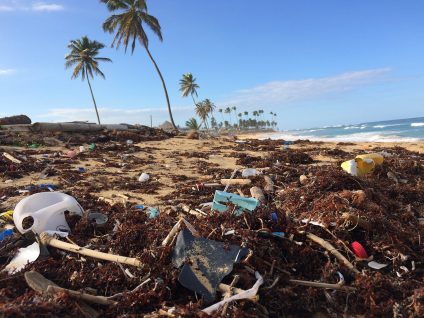 One of the biggest offenders and prime examples of the single-use plastic problem realized in recent years are plastic straws. Think of all the restaurants and bars in the British Virgin Islands, or any coastal town or towns on lakes, a great deal of which are located right on a beach or shoreline, serving plastic straws with drinks that can blow away in the wind, tip over in the sand or be discarded improperly and end up right in the ocean. Plastic straws, even when recycled, are very small and can often slip through the machinery and end up right back in the places we are trying to keep them out of.

It is estimated that we use somewhere near 500 million plastic straws a day in America! That’s enough to fill 125 school buses! 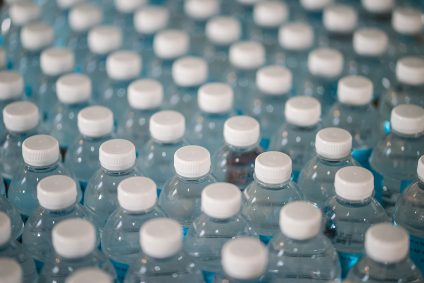 Plastics like straws are only the tip of the iceberg. Plastics that cannot break down in the ocean as quickly as the salt water dissolved them then start to make up microplastics. Microplastics are the tiny bits of plastic that we cannot necessarily see, but probably come across (maybe even touch) almost every single day spent on a beach or in the water. Microplastics are so small that they are very easily ingested by fish and shellfish. The plastic can accumulate (much like the bioaccumulation of mercury in shellfish) and be hazardous to not only the health of the fish, but also to the humans that consume them!

Thankfully, many cities and some whole countries are making huge strides in reducing our use of single-use plastics. Cities like Seattle, Washington; Berkeley, California; and Fort Meyers, Florida have banned the use of plastic straws. Several other cities in other states have pending plastic straw bans in the works. Seattle, Washington, San Francisco, California, Chile, and China are just a few of the places that have banned or put a tax on distribution of single-use plastic bags. More and more legislation is in the works to reduce the amount of plastic waste we as the human race create. 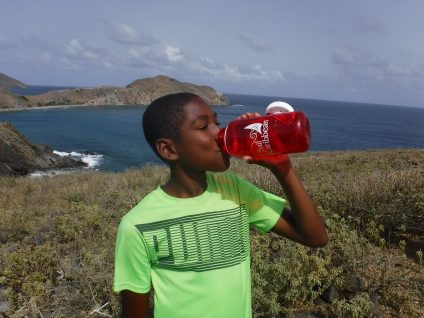 Sail Caribbean feels very passionately about living the “leave no trace” lifestyle. We provide every student with a reusable (and virtually indestructible) Nalgene water bottle at the beginning of each program. We encourage a policy of not taking anything that belongs in the ecosystem in addition to not leaving behind anything that doesn’t belong there. Unfortunately, the BVI has yet to establish recycling within the islands, but we take it upon ourselves to teach our students ways to do our own forms of recycling and reusing of materials and provisioning; tricks that they can also responsibly introduce to their lifestyles once they return home. 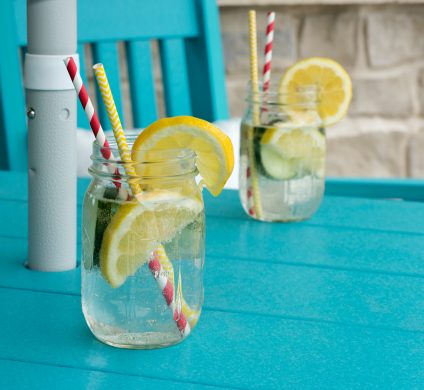 If you find yourself deciding that ditching disposable plastic straws is at the top of your New Year’s resolutions list, we stand behind you 100%! And fortunately, a growing number of manufacturers now make reusable straws in much more earth-friendly materials, such as stainless steel, silicone, hard plastic, glass, and even bamboo, each with their selling points as well as drawbacks. But nevertheless, conservation of resources and respecting your environment is a great way to give back in small but deliberate ways!