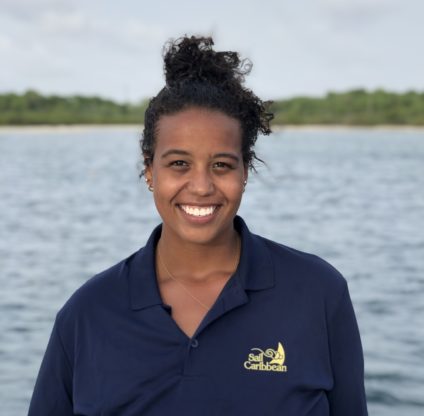 Having been raised in the land-locked state of Iowa gave Daniella a special love for the sea. Even before Moana! Many times, she had to settle for exploring her backyard lake until her next rendezvous with the great big blue. This will be Daniella’s first year with the Sail Caribbean team. Prior to Sail Caribbean, Daniella worked as a camp counselor for Camp Adventure, a student run camp on American military bases and embassies worldwide serving children of the United States service men and women, in Pearl Harbor, Hawaii. As a senior at the University of Iowa, Daniella is majoring in Communication Studies, minoring in International Relations, as well as earning a certificate in Event Planning. When she’s able to catch her breath in between studying, Daniella enjoys practicing her hobbies as a self-proclaimed amateur photographer, horseback rider, kayaker, and an ice cream enthusiast.