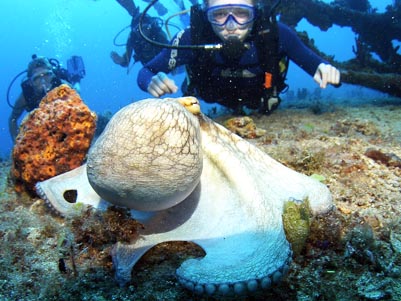 Well, that’s what some scientists are finding. Jennifer Mather from the University of Lethbridge in Alberta, Canada has been studying octopuses for 35 years, and she thinks they are highly intelligent. For her “intelligence means learning information and using the information that you’ve learned”, and she’s seen octopuses do just that.  One of her experiments presented clams and mussels to octopuses to see which they preferred. Even though octopuses are strong, they chose the mussels which were easier to open, but switched to clams when they were served on the half shell. She also observed them “playing” with a pill bottle (pushing it back and forth in the tank). Play is something only intelligent creatures do. 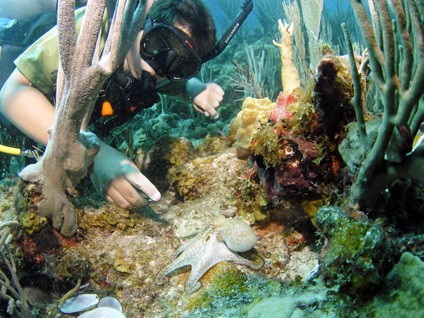 Biology professor, Peter Godfrey-Smith, says “It’s probably the closest we’ll get to meeting an intelligent alien.” It even looks alien – both inside and out. The octopus is a cephalopod (from the Greek for head and foot) with a rather large brain and three hearts. Not a bone in its body means it can squeeze through anything that its beak can make it through. 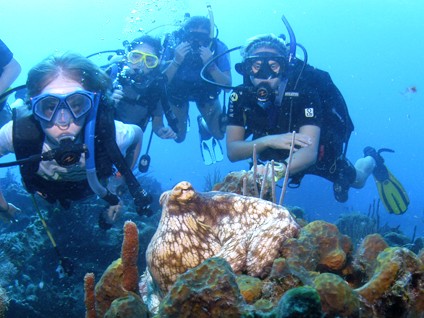 We humans are proud of our ability to grip, but the amazing octopus has that capability a hundred times over us when it folds the sides of its tentacle to grasp with its suckers. More than half of the octopus’s five hundred million neurons are located in the creature’s arms making grip possible. Their dexterity has caused some challenging times in the lab with the animals “unplugging drains, disconnecting wires, and resisting the maze challenge.” They also use their arms to walk along the floor of the ocean, and even on dry land. 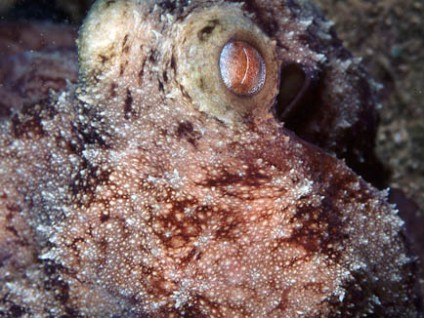 Imagine if we could change our color, shape and texture at will. Seems out of this world, doesn’t it? Well, that’s everyday life for octopuses. They are morphing champions who can disappear into algae or even disguise themselves as other things or creatures. These camo tricks make them capable of hiding even from the most determined predators. They can even decide to squirt out poison if severely threatened.

Computer scientist Jaron Lanier reminds us that cephalopods are on their own from the moment they’re born. “With no concept of parenting, they pass on nothing to future generations.” Imagine having to figure everything out on your own from day one. 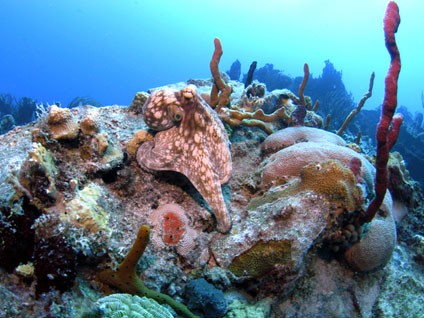