Following an evening of laughter, celebration, and great food students and an early morning as they dropped their moorings from The Bight and headed back to Cooper Island. During the morning motor, crews enjoyed a delicious pot of hot cocoa with breakfast. Some students elevated their cocoa experience by coining a new drink known as iced hot chocolate… aka hot chocolate with ice.

Once moored on the ball at Cooper Island, crews said see ya later to their Open Water and Advanced Open Water divers as they headed to shore to complete the last section of their diving courses before officially becoming scuba certified! Our non-divers headed to shore shortly after stretch out their sea legs and enjoy some time on land, but more-so to get some shop time in.

Cooper Island Beach Resort is a unique resort in the BVI as they are an eco-resort. They have a number of ways they use to reduce, reuse, and recycle where possible. Over 303 photo-voltaic panels provides 85% of their electricity needs and this has saved over one million pounds of carbon emissions so far. Their hot water is also provided by solar hot water heaters throughout the resort. To reduce plastic waste, bottled water is not sold at the resort and they produce thier own triple-filtered and treated drinking water. Rainwater cisterns hold 250,000 gallons and our desalination plant runs on solar power during the day.

The favorite part about Cooper for the kids, however, was the shops! One such shop was boutique full of perfect souviners to take home to mom, dad, sister, aunt, grandma and grandpa. The busiest store however, was the coffee shop which also sells home-made ice creams and sorbets. For those who finished their shopping, they could enjoy the stunning beach and partake in some water-sporting activities like stand-up paddle boarding, kayaking, and tubing!

Before we knew it, our morning was over and it was time to head back to the boat for lunch. Our divers joined us, relishing in a break from underwater breathing. Once refueled, divers headed back into the water for their final lessons. When they’d return to us later they’d officially be scuba divers! Those remaining above water enjoyed a relaxing afternoon onboard. As part of the afternoon, crews went on a snorkel at Cistern rock on the eastern side of Cooper Island and even participated in squid dissections. Those who were up for it, went on a another round of tubing.

With daylight waning, and our divers back home.. AND OFFICIALLY CERTIFIED WOOOOO!!..  showers and dinner prep commenced the wind-down of our evening. During showers, some boats were lucky enough to spot some turtles in addition to the sunset! A spectacular display of BVI beauty. 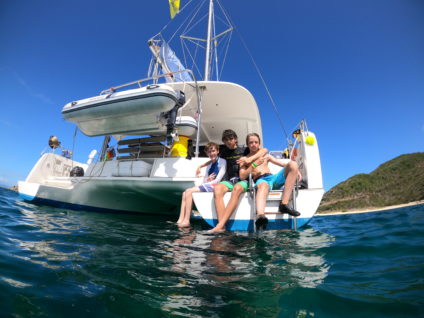 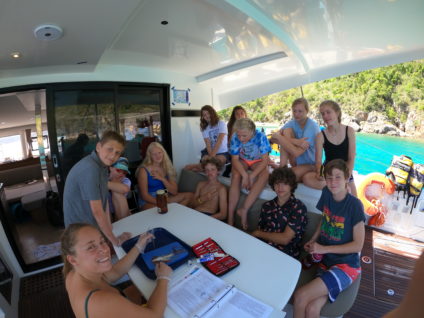 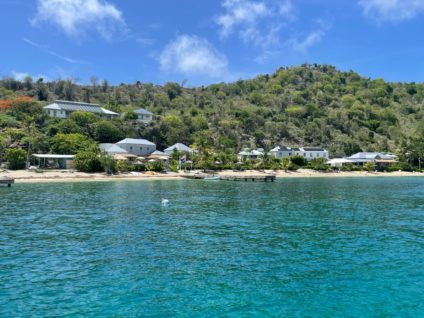 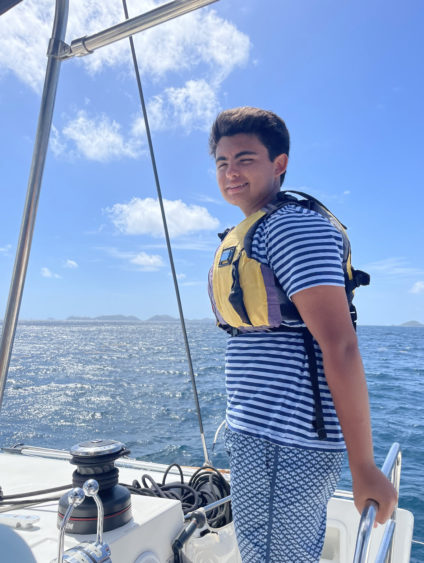 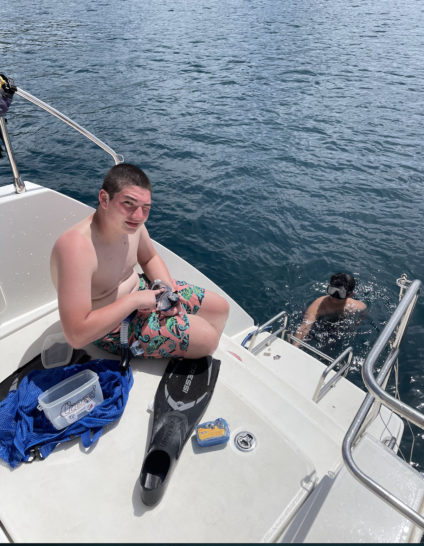 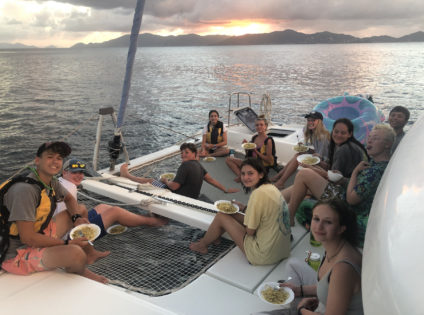 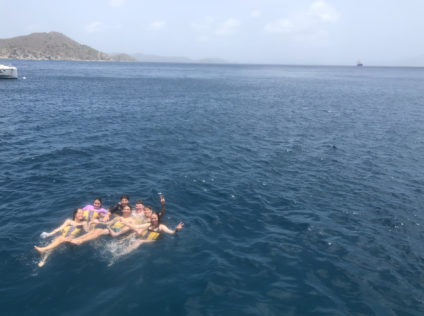