Back to our regularly scheduled 7am wake-up as our teams put together a hearty breakfast for their crews. Food was guzzled up  and rightly so, as today marked the final dive for our divers. Our newest certified Open Water divers embarked on their first fun dive!

Whist our divers were out in the open blue, our Sierra and Foxtrot students partook in a beach clean of Long Bay. Meanwhile, the Delta, Charlie, and Bravo crews went for a challenge sail around Scrub and the Camanoe islands. During their challenge sail, staff were instructed to assist only when necessary! Students had full control of their vessel, navigation, up-keep of the schedule, etc. In addition to this challenge sail, students were also racing their counterparts. Deltas vs Deltas, Bravos & Charlies vs Bravos & Charlies!

Once returned from their sail, all boats anchored in Long Bay for lunch. Sierra and Foxtrot students also returned to their boats for lunch as well.

With energies newly replenished, it was time for our sailors to transform into olympians as our 2021 beach olympics began! It was a tough competition between crews. Vessel against vessel in 4 competitions:

Through a tough afternoon of heated competition, there could only be one winner per round.. and they are as follows:

To continue on our afternoon, we said see ya later to our Sierra, Foxtrot, and Delta crews as the up-anchored from Long bay and motored over to trellis bay for their turn at the sushi dinner onboard!

The Charlie and Bravo crews who remained on Long Bay had their turn at a water-sporting, Hobie Bravo, stand-up paddle board, and BBQ afternoon. At 6:30pm, it was time to shuttle back to boats for showers and a swift power down. 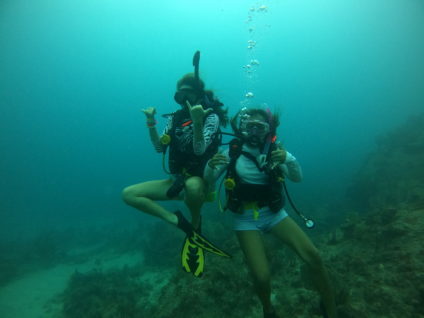 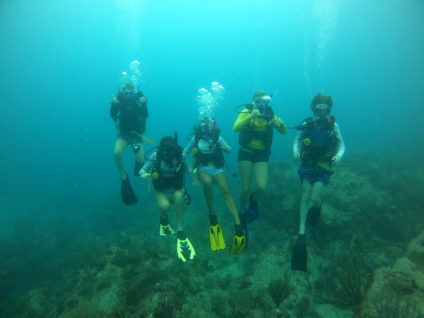 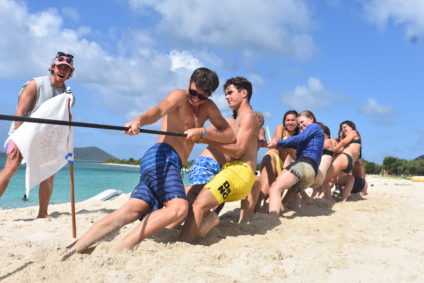 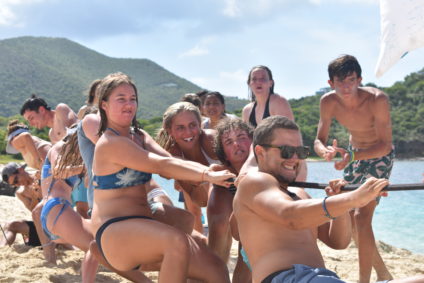 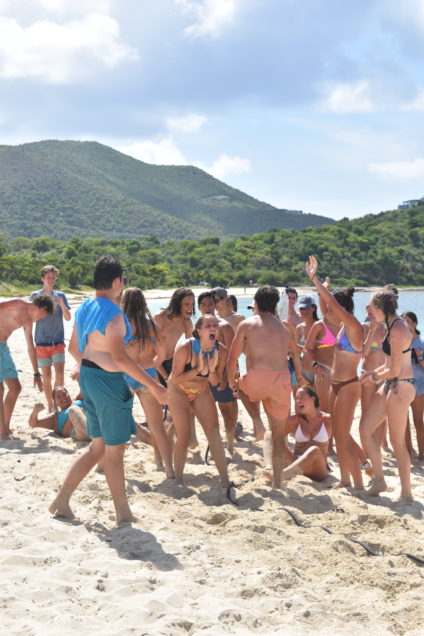 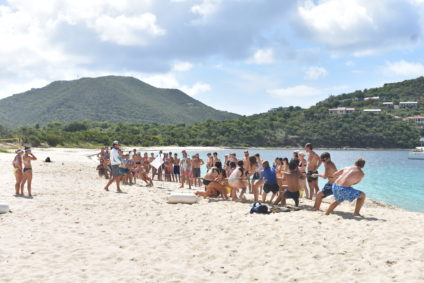 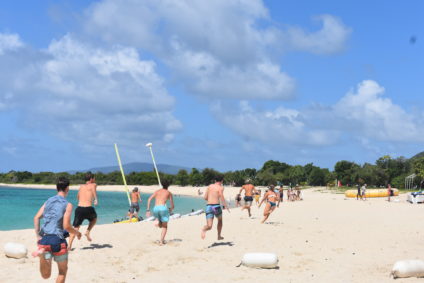 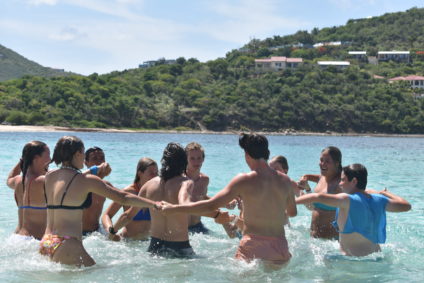 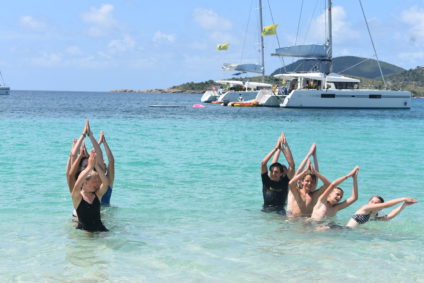 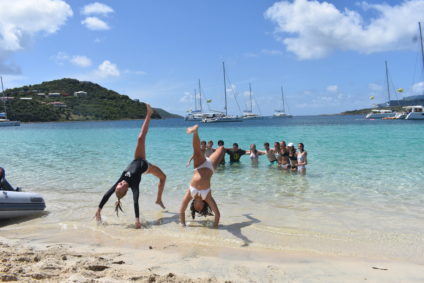 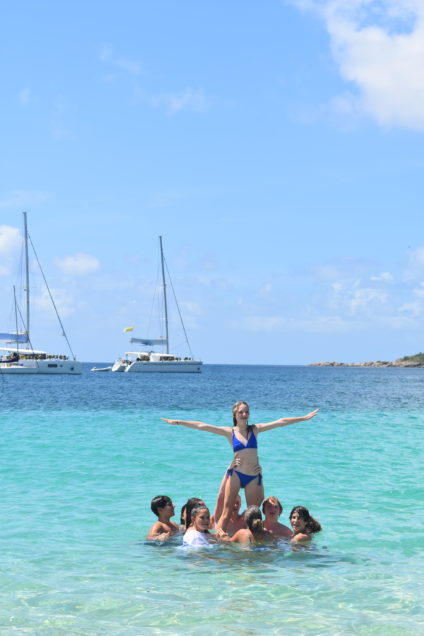 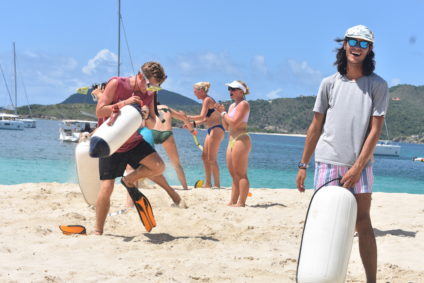 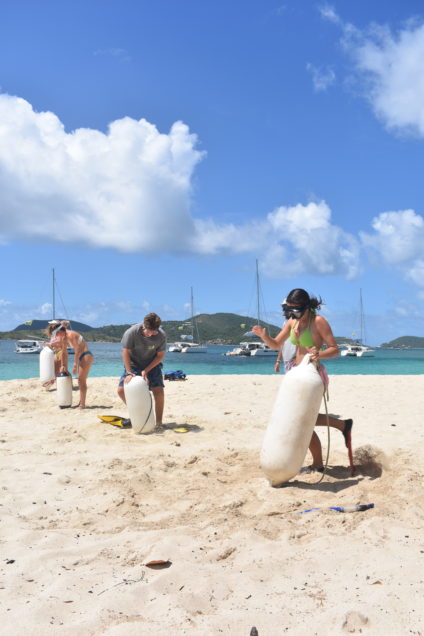 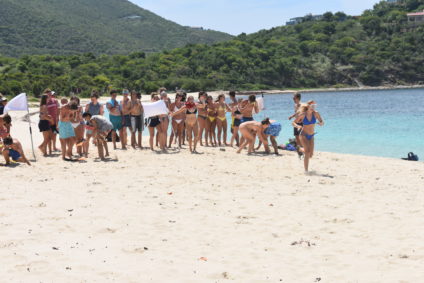 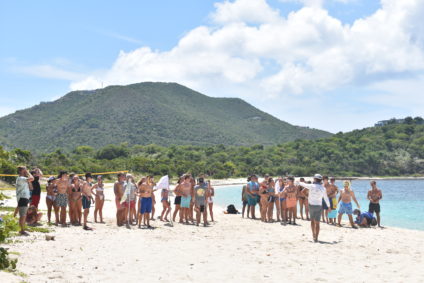 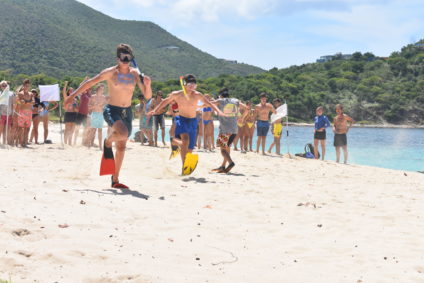 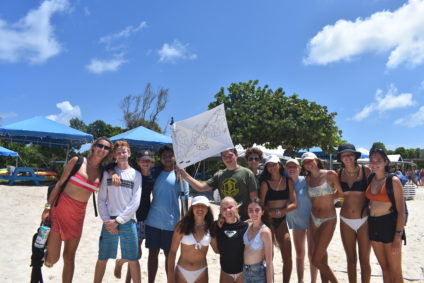 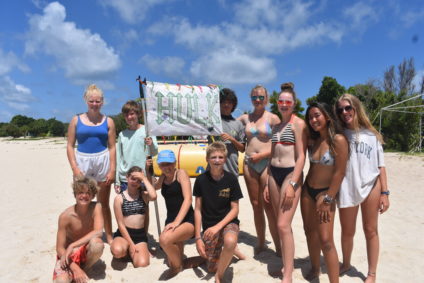 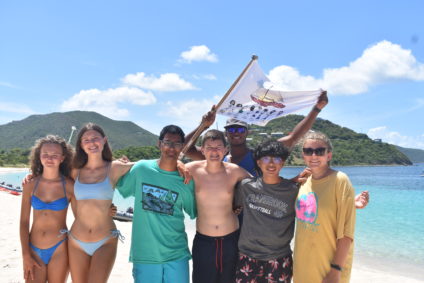 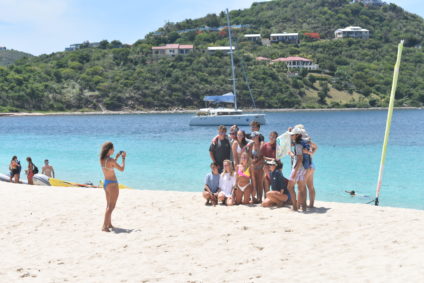 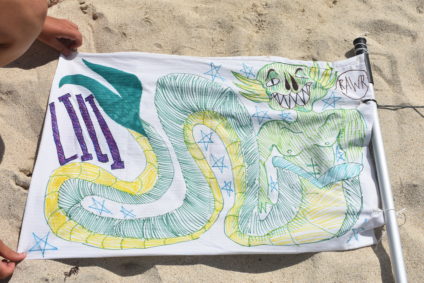 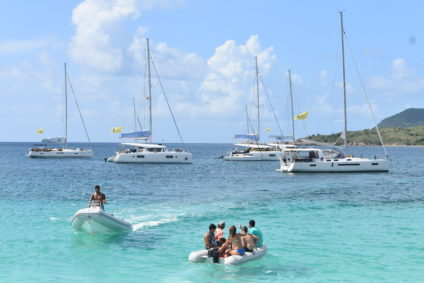 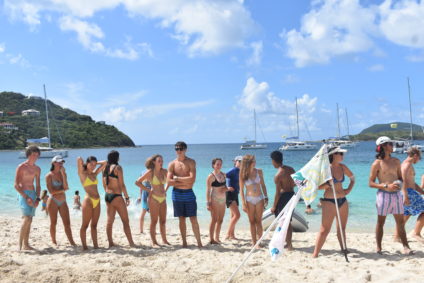 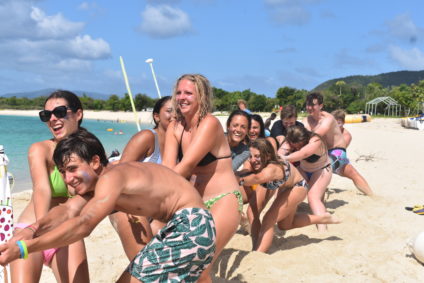 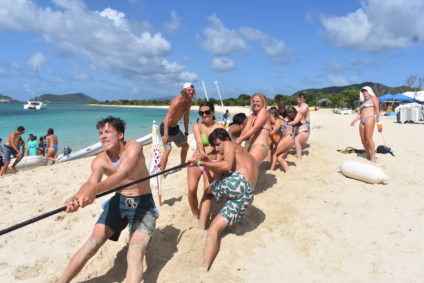 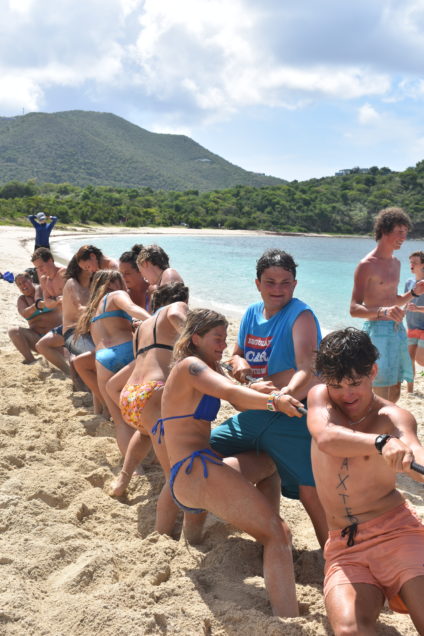