We woke up to our first day on the boat all together. Getting together for our first breakfast buffet was a yummy start. In a change of plans we ended up at the pool on Scrub Island for some good bonding time to get to know the whole group on both boats. We enjoyed the pool, a dip in the ocean, and some games of cornhole. We made it over to Hodges Creek Marina where the divers went on their first undersea adventure and the others went on their first Colgate sail.

The divers traveled to Salt Island where they dove the Wreck of the Rhone. Fun sights on the dive included sharks, lobsters, and a barracuda that “wanted to eat them”. The sailors got reoriented to the boats, points of sail, and basic maneuvers and had a calm first sail of the season. Once everyone got back to the boats we made dinner of Penne Bolognese and learned all about our boat responsibilities for our first boat clean.

After boat clean, we came together for boat meeting where we reviewed the day and wrote our Captain’s Log. Various icebreakers to get to know each other included our favorite meals, condiments of choice, and two truths and a lie. Throughout the meeting we were joking, laughing, and enjoying some cookies with our new friends. It was a long, but successful first day.

Today, we finally set sail. After an early 7 am wake-up, both crews assisted in moving provisions, equipment, and belongings to our newly-chartered boats. Having reviewed de-docking maneuvers, we set off from Scrub Island with no significant issues and made our way into the main channel of the BVI. With a strong wind and clear skies, today provided a perfect environment for both crews to get acquainted with our new boats, and we made steady progress towards our ultimate destination for the day; Salt Island.

On our way towards Salt Island, both boat crews practiced a variety of maneuvering techniques and began to become accustomed to one another not only as individuals, but as functioning crews. After several hours of tacking, jibing, and maneuvering around the open channel, we made anchor alongside Salt Island. Taking the time to refresh amongst the calm water of our anchorage, the crews indulged in a variety of aquatic activities – including snorkeling and some attempts to practice backflips – before setting off on a hike towards one of the various peaks of the island we had found ourselves alongside.

Our hike had us peruse the shore of a pond so salt-infused that it almost appeared to be covered in ice – to which the island owes its name – after which we established contact with the only inhabitants of the tiny island; a cadre of wild goats. Having greeted our hosts, we continued towards the peak of the island. Reaching the summit, both crews were treated to the sight of the sun’s majestic descent behind Tortola, juxtaposed against the vast expanse of the open ocean. With the setting sun at our backs, we returned to our boats for a well earned night of rest and relaxation in preparation for whatever adventures await us in the weeks to come. 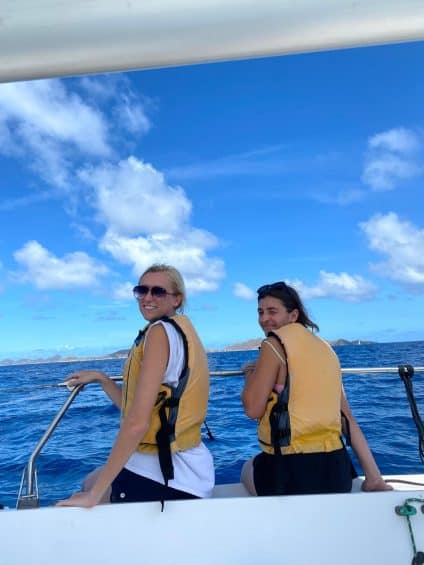 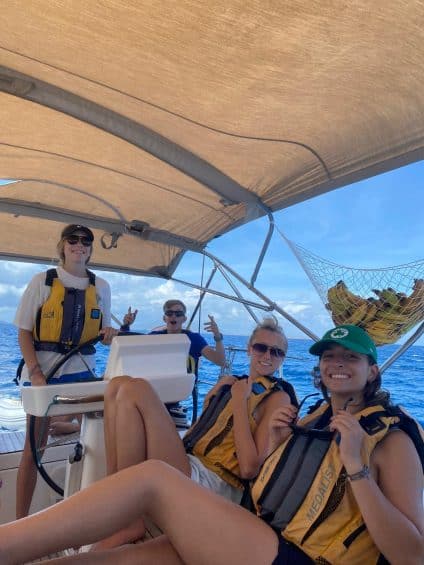 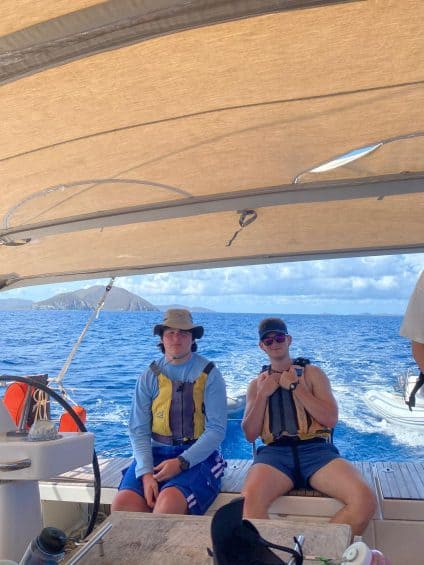 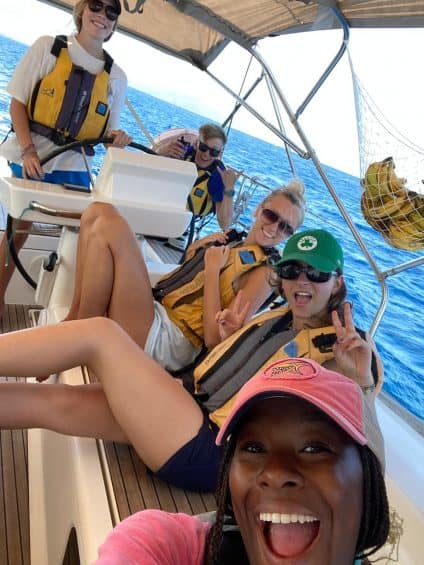 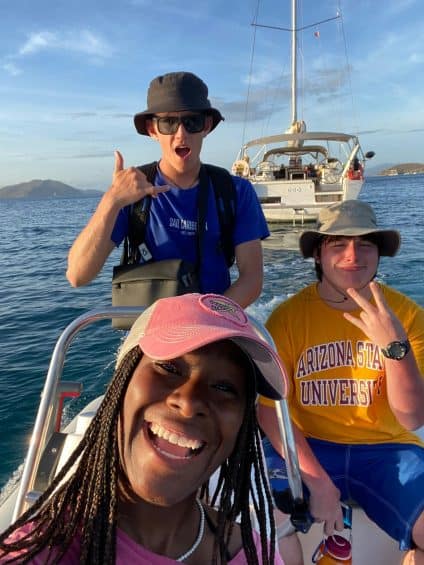 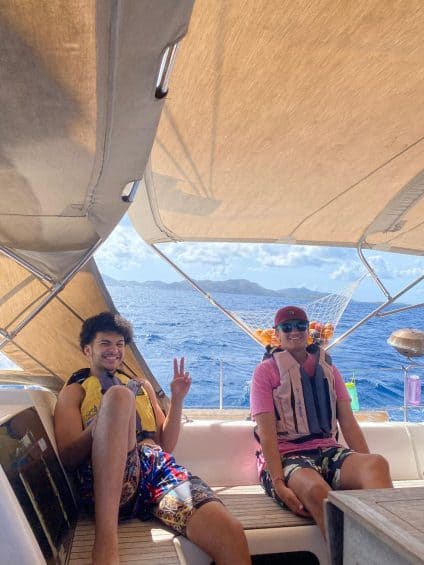 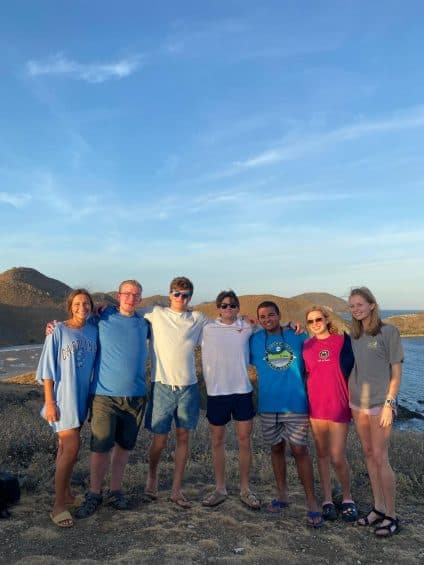 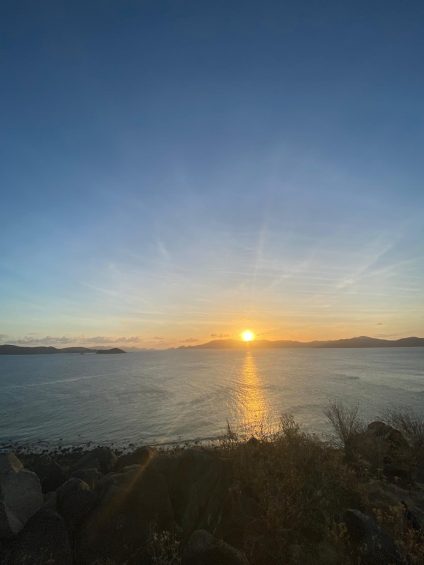 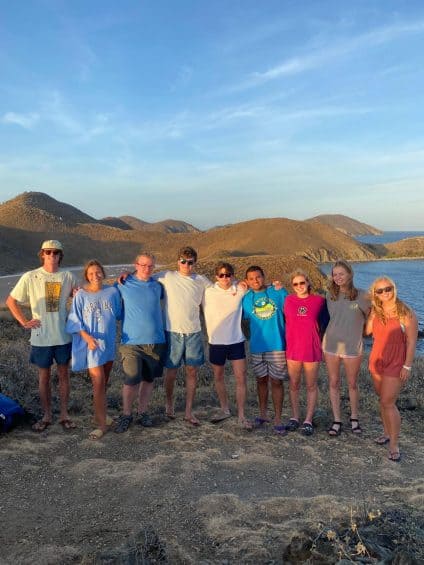 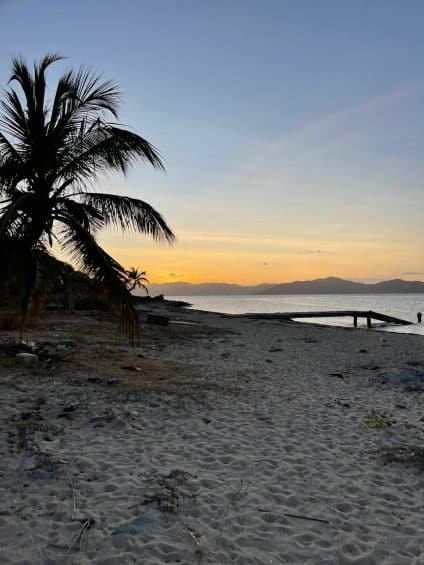 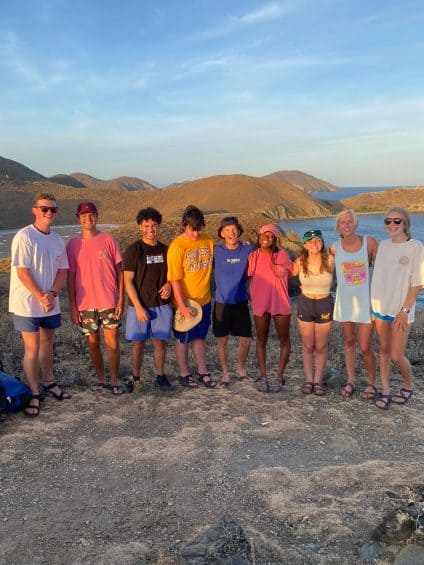 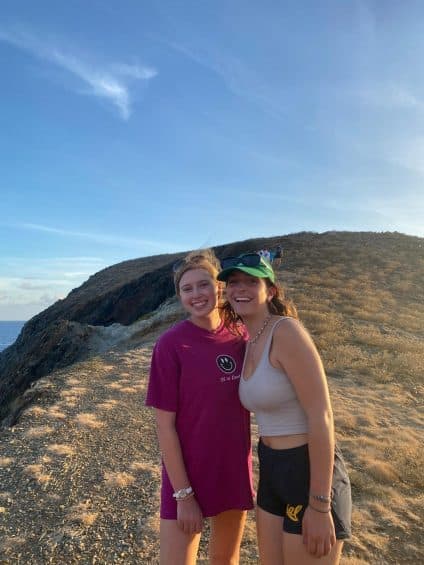 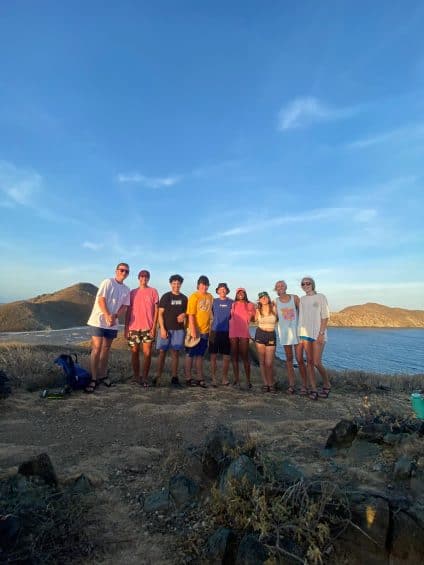 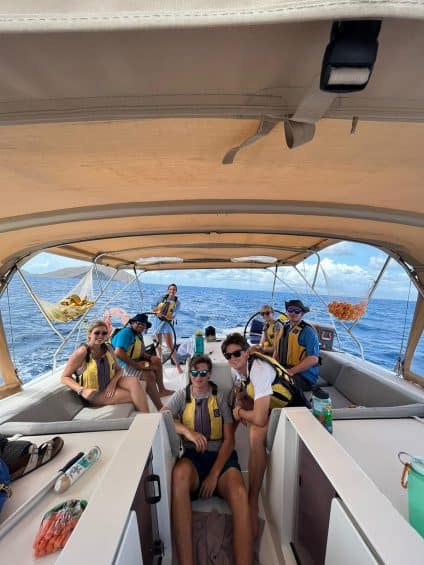 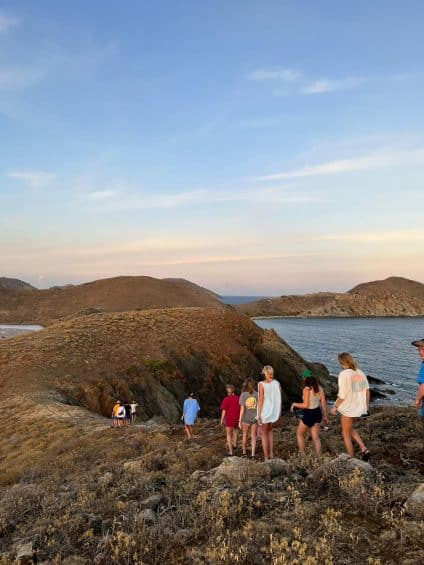 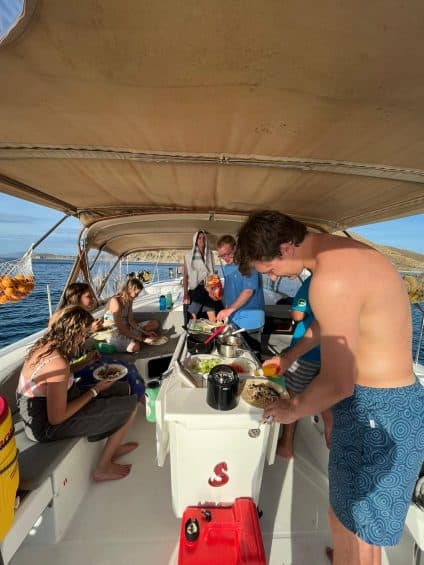