Say hello to our talented and experienced Echo leadership staff! They have been working hard to prepare for the program and are excited to be setting sail this week! 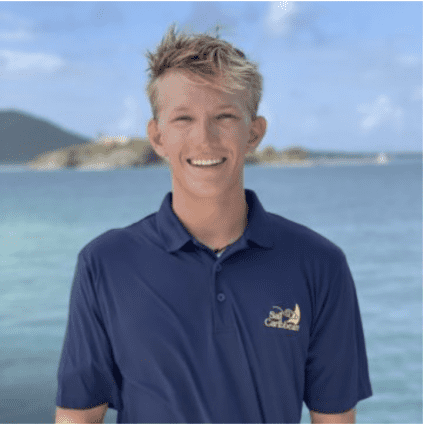 Growing up in California on the foothills of the Sierra Nevada mountains, Riley has always known the outdoor life. His introduction to ocean sports began in the cold water of northern California. In the last two summers, his jobs on Catalina Island have included work as a kayak tour guide and working at a local SCUBA shop. Seven months were spent sailing an old schooner in the Bahamas, and he has sailed on two offshore transits. His hobbies include rock climbing, off-road cycling, diving and photography. 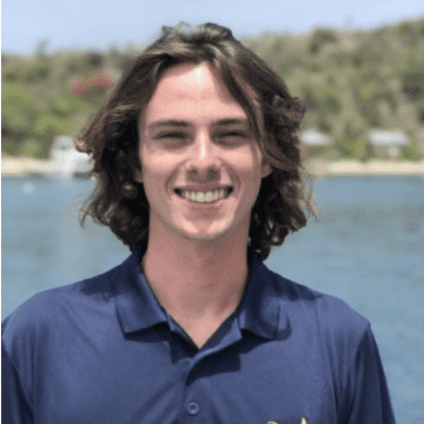 Powell is an avid outdoorsman. His passions include surfing, fishing, diving, and of course sailing. Powell learned about the Sail Caribbean program from a friend and discovered his passion for sailing and living on the sea over the summer of 2017. He was excited to earn his sailing and diving certifications, but his favorite memory was the overnight sail to the Leeward Islands. Powell is still a keen power boater and fisherman but he envisions a lot more sailing in his future. 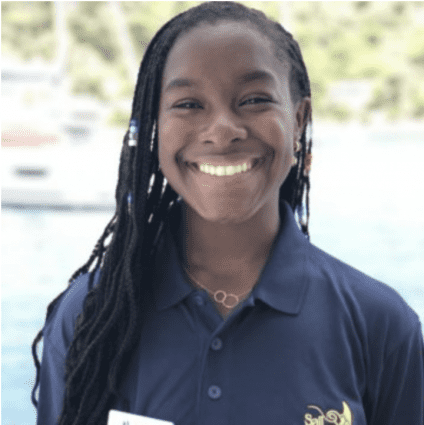 Natalie is a current sophomore at the University of Miami majoring in Marine Affairs with a minor in Ecosystem Science and Policy. She is a Sail Caribbean alum and this is her second summer as a staff member! She loves diving and is an ocean documentary enthusiast. Having moved around a lot in her childhood, living in Atlanta, England, Princeton, and now New York City, Natalie loves traveling and meeting new people! She is excited for all of the adventures and can’t wait to make unforgettable memories this summer! 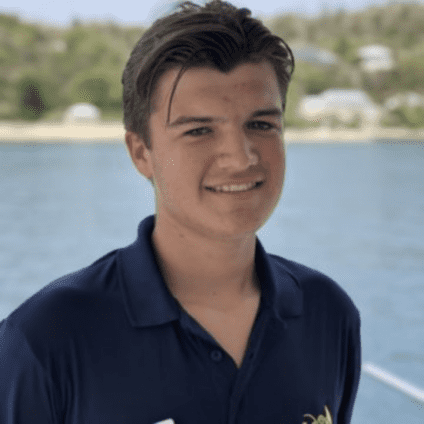 Augustus Johnson is a rising junior at Temple University where he is majoring in Marketing with a minor in Sports Management. Augustus was born in Winston-Salem North Carolina where he grew up until he was 16. He then moved to St Croix in the US Virgin Islands where he finished high school and currently lives. Augustus is an experienced Scuba Diver and has his advanced open water certification along with a deep diver specialty. He was a student at Sail Caribbean for three summers and this is his second summer working at Sail Caribbean as a Mate. He is very excited to make new memories in the BVI. 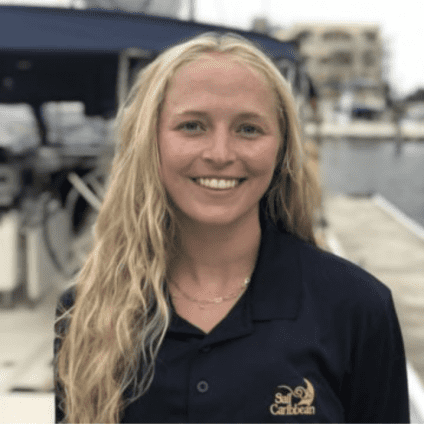 Melissa is joining us for her fifth season at Sail Caribbean. She is an alum from the Mate-In-Training program and has been thriving in the company ever since! She is originally from England but has spent the majority of her life in the mountains of Montana where she found her love and passion for outdoor adventure. She is an avid skier in the winter and a lover of sunshine and good times on the water in the summer! Melissa recently finished her final year at Montana State University where she studied Exercise Science and is moving onto her goal of attending Perfusion School in the fall. She is so excited for more salty adventures and to create unforgettable memories this coming summer!