A lie-in was earned for all our crews and staff following a long day of sailing yesterday. The island goats were trying their hardest to outdo the morning alarms as crews awoke from well rested sleep. To top off a morning to beat all mornings, french toast was on the menu for breakfast! As far as mornings go, this one just kept getting better and better as a cannonball contest commenced between a few vessels. However, perhaps the beginning of our afternoon topped a stellar morning. THE BEST news arrived; all boats had been released from quarantine, as all students and staff COVID tests yielded negative results!!! WoooHoooo!

With the news of our quarantine release, lunch was a gala of laughter and excitement as crews were excited to finish quickly so they could head to Scrub Island as soon as possible so they can finally mingle with other members of their fleet. Perhaps the quickest lunch clean and mooring ball drops commenced as vessels made their way to Scrub Island. Free of quarantine and ready for some shore and time!

Not too long after raising sails, the boats were hit with a windy squall ( a sudden gust of wind and rainfall) causing many boats to  put in a reef or drop sails until the rain had passed. Only minutes after it started the rain was over and sails were back up and engines turned off.

Following 2 hours of brilliant BVI sailing, it was time to lower sails for the day and prepare for another docking! Crews jumped to their feet to attach fenders on the lifelines, cleat dock-lines to the bow, spring, and stern of their vessels and await their position assignments for the maneuver. Single file the boats made their way to the dock swiftly, safely and brilliantly as no boat to dock contact was made! An EXCELLENT way to end boating for the day.

Once on the dock, crews began another deep clean and awaited a cleaning inspection from the Program Director before they received their phones for a call back home. Smiles crept across faces as they heard their loved ones voices and explained everything they’d experienced over the last few days. After final goodbyes on the calls, students were released for shore time. A great stretch for their sea-legs as they wandered through Scrub Islands’ various shops and a dip in the pool via the waterslide! Perhaps the best part of the night, according to many students, was land showers! A thrilling event for many boaters alike.

With hair still wrapped in towels and a million floral scents wafting the marina, staff and their crews sat down for dinner together. Following dinner, a dock social commenced between the boats. Students explored the layouts of other boats and introduced themselves to those who they’d only seen on the bow of the other boats! The docks were a buzz with music and giggles and some funky dance moves until it was time to wrap up the evening and power down and hit the hay. 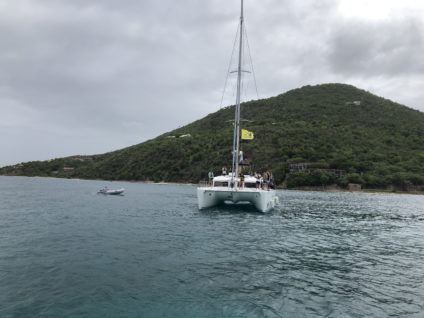 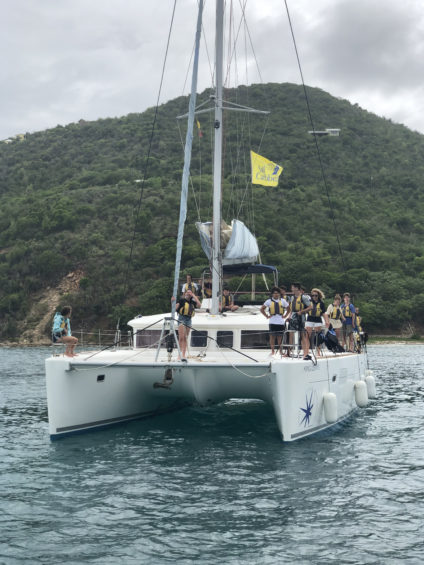 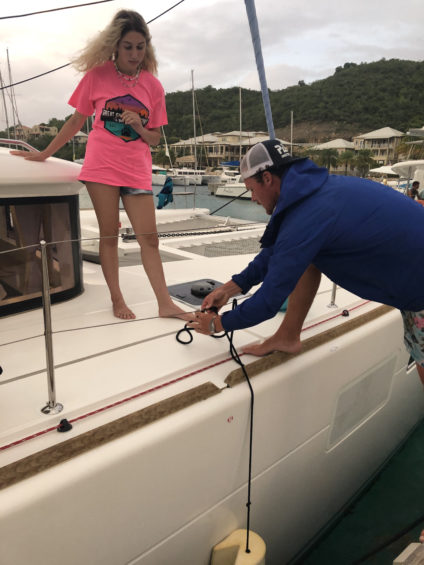 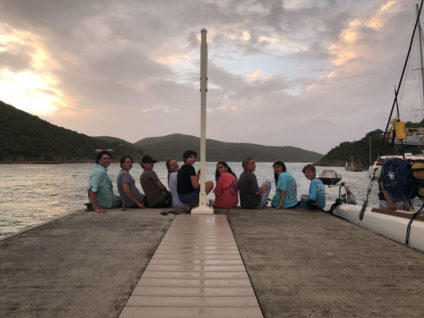 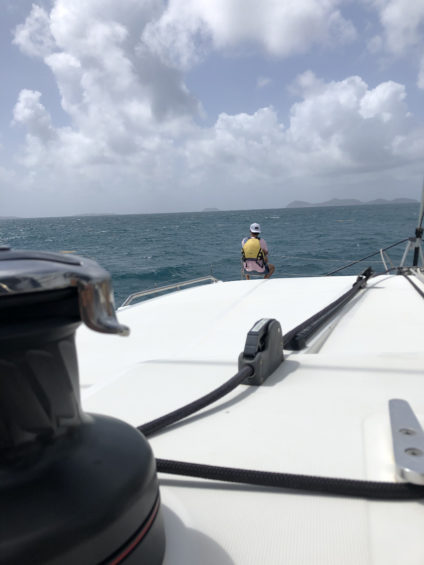 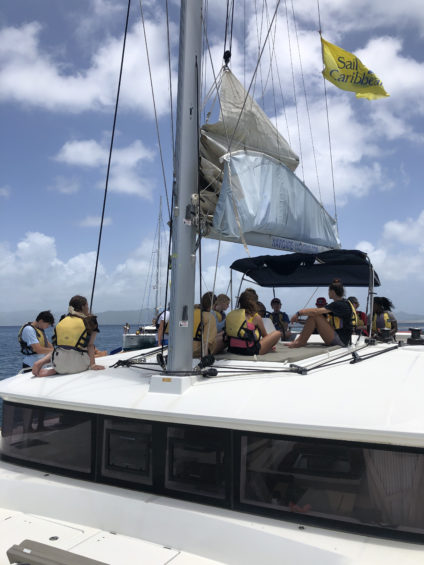 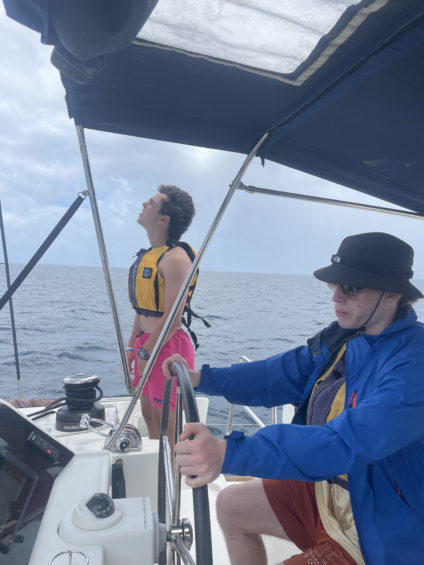 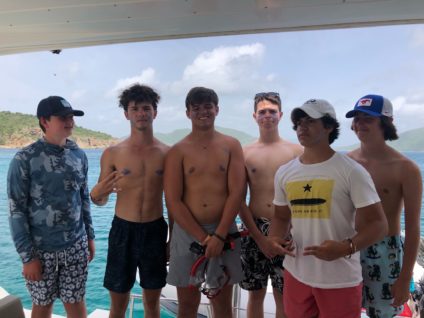 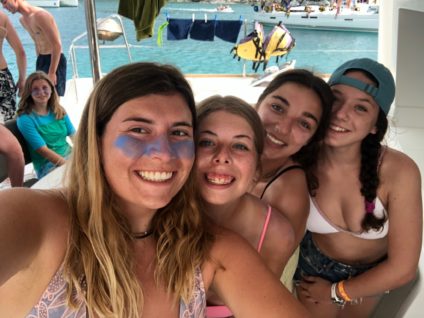 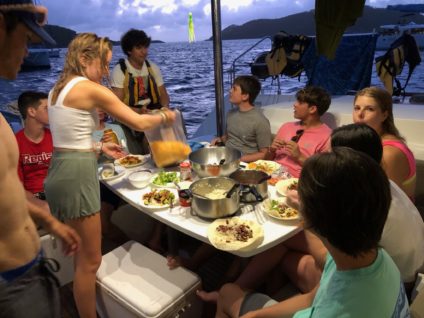 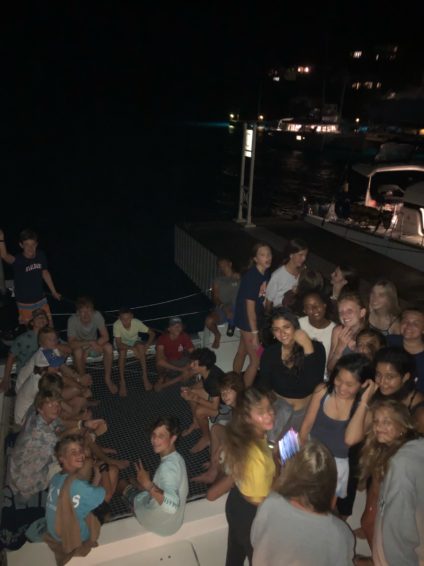